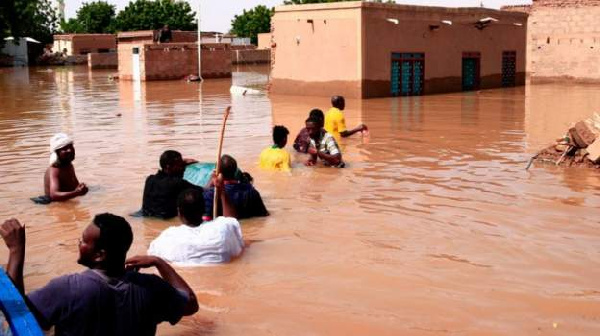 The World Heritage-listed ruins at Al- Bajrawiya – which feature pyramids built by the ancient Meroe civilisation – have not previously been affected by flooding, according to archaeologists based in Sudan.

The authorities are working to pump water out and protect the site with sandbag walls.

Sudan has seen torrential rains in recent weeks. The government has declared a state of emergency and nearly 100 people have lost their lives.

On Monday, floodwaters entered part of the riverbank residence of the Sudanese Prime Minister Abdalla Hamdok to the north of Khartoum.

The premier and his family did not need to be evacuated.