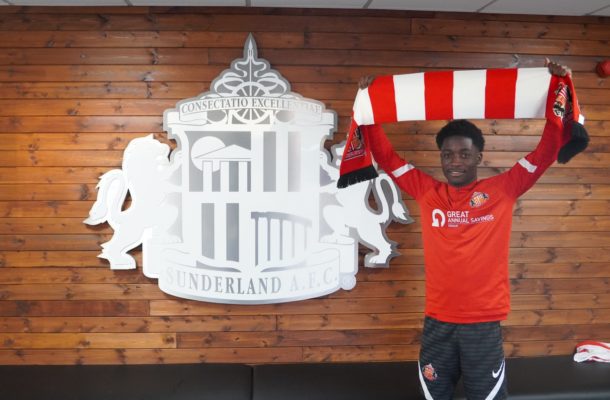 Newly  promoted English  Championship side Sunderland have cut loose Ghanaian striker Nicky Gyimah-Bio at the end of the season.

He was handed a one year contract by the Geordie side in September 2021  but after the  expiration of the deal the club have decided  to let go off the striker.

Gyimah-Bio was unable to convince his side that he deserved  a place in the team during their Championship promotion from League One.

He played ten matches in the youth team and failed to make a single appearance in the League One for the first team last season.

The youngster had a one year contract extension clause in his contract but Sunderland failed to take that  option.

The youngster said at the time, “Signing for Sunderland is a massive moment for myself and my family, of course. Asamoah gyan played for this club, and I am one of his biggest fans, there was no way I could say no to Sunderland"

“I would like to think I can bring pace, directness and leadership to the side. When I got the opportunity to come here, I definitely felt that having trained and kept myself fit over the past few months, I am now fully ready to get straight into action.

“I’m hugely thankful for the opportunity and the faith shown in me, and I’m looking forward to getting started here.”

He is a free agent and is now looking for a new club ahead of the new season.