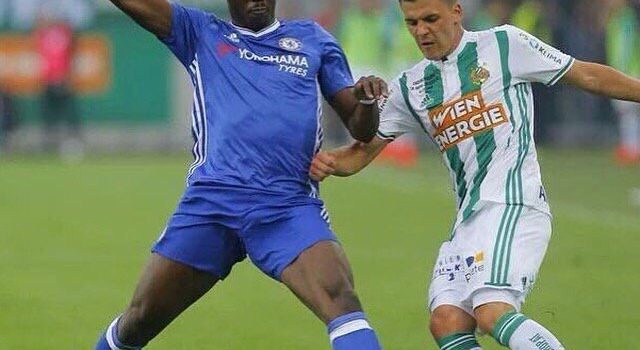 The Nigeria Football Federation (NFF) are confident that captain of the Super Eagles Mikel John Obi will play a big role in convincing teen defender Ola Aina to snub England for Nigeria when the time is ripe.

Aina who has a Nigerian father is highly regarded as one of the young promising full backs in England, where he has represented the country at various youth level before his first team debut for Chelsea.

Now a firm member of the first team. His international future is surely going to be a tussle between England and Nigeria, but a member of the Technical committee of the NFF revealed to Owngoalnigeria.com that Mikel will give Nigeria an edge in the battle to cap the teen defender.

” We are yet to have a need for him. But if it arises on the instruction of the coach, then we will to be honest with you rely on Mikel to persuade him to switch allegiance to Nigeria” He told Owngoalnigeria.com.

” Mikel is capable of doing much more than that, you have to be at the Olympics to believe me, we are confident he will convince Aina to play for Nigeria. Yes he will play a very big role.”