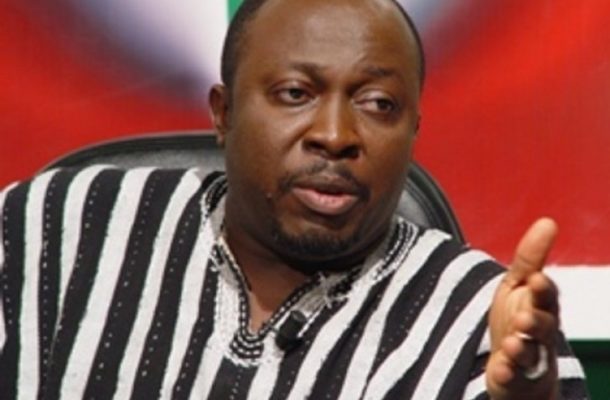 A member of the legal team of the National Democratic Congress (NDC), Baba Jamal, says the recent Supreme Court ruling on the opposition party's suit against the Electoral Commission (EC) is plagued with several inconsistencies.

The discordance, he believes, emanate from the court's directive to the EC to allow eligible Ghanaians to partake in the upcoming registration exercise, while in the same breath prohibiting such persons to use their voter's ID; an identification card generally acceptable for all important transactions.

Thus to him, the party's General Secretary, Johnson Asiedu Nketia did not act in a vacuum when he sought to expound on the Supreme Court ruling; albeit wrongfully that old voter ID Cards can be used for the compilation of new voters' register.

According to him, counsel for the opposition party were at the initial stages confused by the ruling, hence the information and interpretation given to the General Secretary of the party.

“The accrued right means that a Ghanaian who has voted severally in the country due to his right as a Ghanaian can take part in any voting process; the Constitution has given you a mandate that anytime there is an election you have the right to take part in the voting. The Supreme Court says it agrees with the NDC on that right to vote and if we have to register for election, what shows that I have the accrued right to register for the next election? It is the voter’s ID Cards which I have used to vote before . . .

“In the court room, we tried to put ourselves together and we concluded preliminarily that this is how we understand the court ruling, in that voter’s ID cards have been accepted as part of the requirement for the new registration . . . what the General Secretary said was what our preliminary understanding was; we were confused . . . ,” Baba Jamal stated in an interview on Okay FM’s 'Ade Akye Abia' Morning Show.

The Supreme Court, on Thursday, unanimously dismissed the NDC's case against the EC to compile a new voters register for the 2020 General Elections by excluding the use of the old voter’s ID for the registration exercise.

The 7-member panel presided over by Chief Justice Kwasi Anin-Yeboah, in its decision held that the EC is an independent body and will only be directed by the court if it acts contrary to law.

Moments after the court's decision, General Mosquito, as the NDC Chief Scribe is popularly called, suffered massive trolling on social media when he misled Ghanaians by claiming the Apex Court had ruled in the party’s favour.

He claimed the court called for the inclusion of the existing voter ID card as one of the source documents for registration during the upcoming voter's registration exercise.

Expressing satisfaction at the decision to grant the party that particular relief, he told the media at the forecourt of the Supreme Court; "the court has just delivered the verdict which has granted our request for the inclusion of the existing voter card as breeder document for the compilation of the new voters’ register. We feel vindicated”.

It Doesn't Mean We Don't Know The Law

In light of the above, a section of the public have slammed the legal team of the opposition party for misleading the NDC and further seeking to hoodwink Ghanaians into thinking the court had ruled in their favour.

Notwithstanding this, the former NDC MP for Akwatia strongly dismissed suggestions that they (legal team of the opposition party) are a bunch of ignoramuses.

“This does not make us less of lawyers or it does not mean that we don’t know what we are doing. We understand the law and know what it means but when an order is made especially when the order is oral, it subjects itself to several interpretations. If we had not granted an interview to the media, the same media would have said that because we have lost the court case, we don’t want to speak on the court ruling.

“We went to the Supreme Court with almost 15 lawyers including senior lawyers and our General Secretary and vice chairmen of the party were also present. The General Secretary is the leader and Chief Executive Officer of the party and we as lawyers, we counsel him on legal issues. When the ruling was pronounced, for about 15 minutes, all of us as lawyers were brainstorming as to the meaning of the ruling . . .because the way the ruling confused everybody,” he justified.