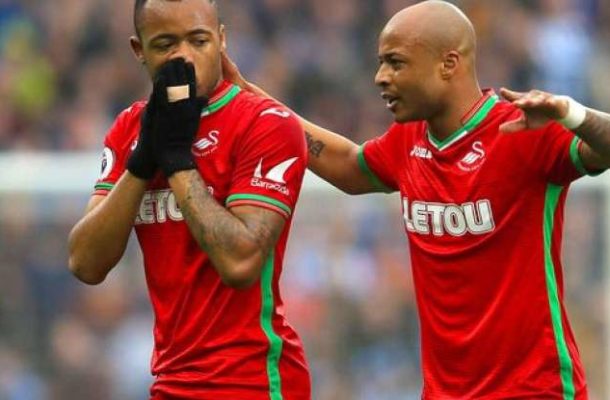 Swansea City want to raise over £12 million over the combine sale of Jordan and Andre Ayew in the ongoing transfer window.

Several other first-team squad members look likely to be on their way this summer following the club’s relegation to the Championship.

Swansea are unlikely to get a transfer fee for Ayew who joined on a club-record £20m fee from West Ham in January, but could receive a loan payment from Besiktas, who currently lead the chase for his services.

His wages would also been taken off the books, either fully or partially, which will boost the bank balance at the Liberty.

Meanwhile, Swansea rejected a bid of £8million from Fulham for Ayew junior earlier this summer, so all indications are they are seeking more for their top scorer last season.