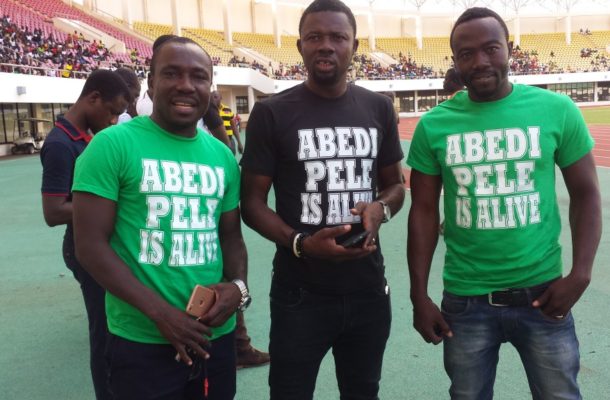 Football sympathisers in Northern Ghana have come out with T-Shirts which bear the inscription: "Abedi Pele is alive" amidst rumours that the Ghanaian football maestro has passed away.

The act is meant to diffuse reports that the former Black Stars captain and father to Ghana football trio Andre, Jordan and Rahim Ayew is no more.

Reports were making rounds in a section of the media somewhere last week that Abedi Pele had kicked the bucket.

Friends and family however came out to refute the claims with Abedi's spokesperson posting a video of the football enigma energetically working out on social media.

Fans in his town of birth were hugely alarmed by the reports but were soon restored to calm after one of Ghana's leading football websites ghanasoccernet.com confirmed the reports were untrue.

In a bid to further emphasise that Abedi is alive, the Tamale fans have moved a notch higher to print out and wear the "Abedi Pele is alive" T-Shirts to clear every iota of doubt. 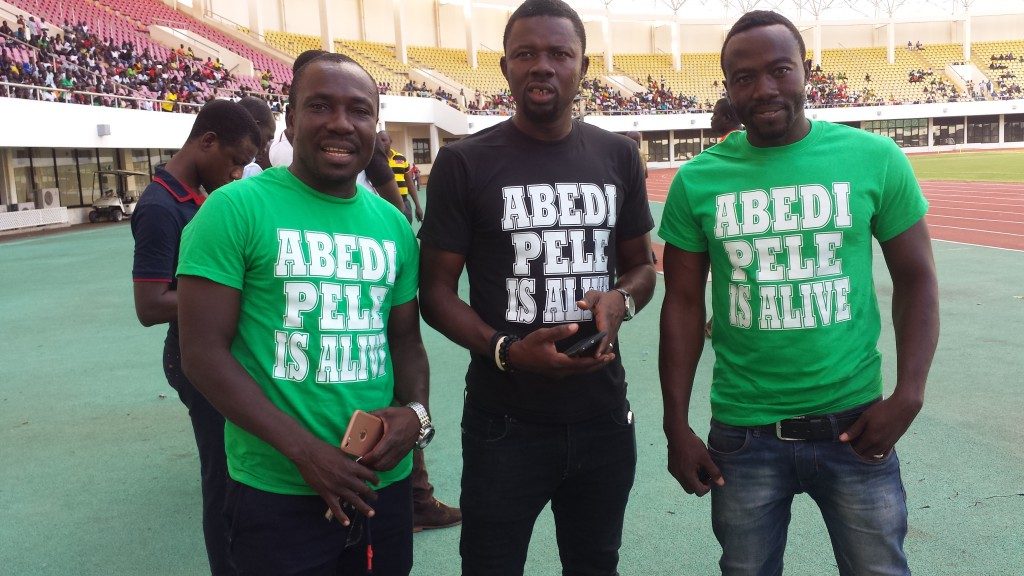