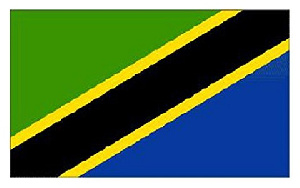 Last week, the main opposition party Chadema told its MPs to self-isolate for at least 14 days and stay away from parliamentary buildings in the capital, Dodoma.

It took the decision following the death of three MPs in less than a fortnight - though the deaths have not been linked to coronavirus.

The party has 62 out of 383 seats in parliament and most of its members have heeded the call to skip ongoing sessions to debate budget proposals for the 2020/2021 financial year.

Many of the politicians live in Dar es Salaam.

The police's call comes after the parliamentary speaker threatened to press charges of theft against the boycotting MPs.

“In simple terms this is theft," the speaker said on Wednesday.

Dar es Salaam Regional Commissioner Paul Makonda had earlier issued opposition politicians with a 24-ultimatum to leave the city or risk being arrested.

He promised to deal with them the same way he has dealt with the city’s sex-workers in the past. Several MPs have dared him to arrest them.