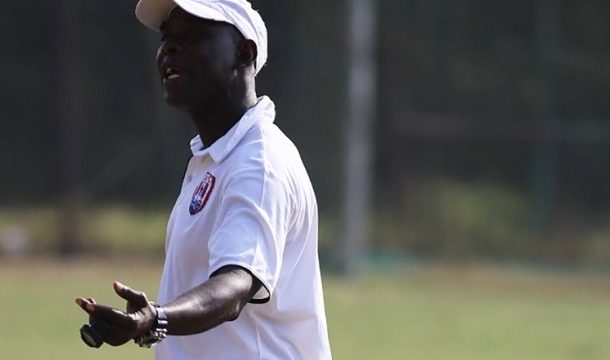 Head coach Tony Lokko has indicated his team is playing the way they want to play although there is room for improvement.

Inter Allies has played two games so far in the league, losing away to Aduana Stars before grabbing a win against Bechem United at home and the coach has expressed his satisfaction at the progress made by the team so far.

“The league has started and we lost our first game. We came back and corrected our mistakes, played the second game and won.”

“The team is still in progress. The team is gradually taking shape and what we are expecting is getting better.”

The coach also states they have been working hard on deficiencies and will be hoping the team is a notch higher in performance after two weeks of league action.

The Capelli Boys next travel to Tarkwa for their week three fixture against Karela United FC and the coach is banking on his charges to get a good outcome.

“It’s a match we going strongly to make sure we come out with a good result – either a win or a draw – but not to lose that match. We have worked towards it and we believe that we will come back home with a good result.”