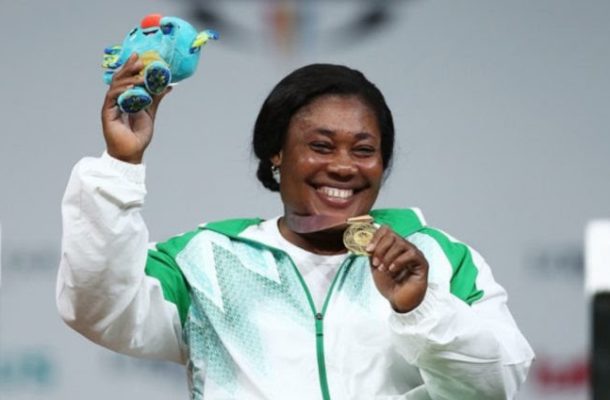 Amidst the devastating lockdown, Nigerians have been thrown into a state of mourning as powerlifting gold medalist Ndidi Nwosu has died.

The athlete died on 1st March in Owerri after developing complications in her lungs. According to a report, she sustained an injury from the 2018 Commonwealth Games in Australia.

Former President of the Nigeria Powerlifting Federation, Ms Queen Uboh disclosed the sad incident. She wrote, ‘Ndidi sustained an injury from the 2018 Commonwealth Games in Australia. She was a heavyweight powerlifter.
I had actually assisted by paying for two of the surgeries she had in Owerri but after the surgery, she was never the same again.
She had been off and on in the hospital and that was why she couldn’t take part in this last World Cup. Even before she died, she appeared to me in the dream.
She told me not to leave her family and that I was still her mummy despite not being the Powerlifting President anymore.
So when the husband called me to inform me of her passing, I knew already because she had appeared to me in the dream’.

Also, the former President of Nigeria Powerlifting Federation, Ms Queen Uboh revealed she gave Ndidi Nwosu a capital to start a small business when she couldn’t go back to the pitch to play but she lost it because she had to foot her medical bills through that.

‘She called me to say she couldn’t sustain the business because she couldn’t move about anymore and moreover, she was using the money to buy drugs’.