How tech keeps the dead from rigging elections 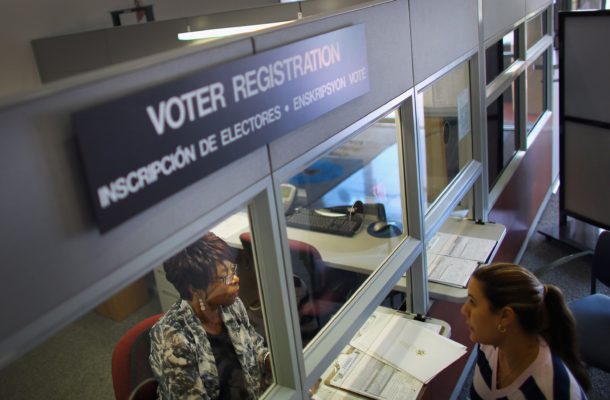 Four years ago, David Becker and John Lindback helped conduct a study of voter registration in the US. The results were alarming.

More than 1.8 million dead people were still registered to vote because systems designed to remove them were flawed, according to the study by the Pew Center on the States. A total of 24 million voter records -- one out of every eight -- were "significantly inaccurate or no longer valid."

After the study, the Pew Charitable Trust helped form the Electronic Registration Information Center, or ERIC, to clean up registration records, which get out of whack when voters change their addresses or names, or die.

"People expect that the government is going to be more efficient than it is," said Becker, now executive director of the Center for Election Innovation and Research. "They don't realize they have to tell many different state and federal agencies about something like a move."

Attempts to tamper with elections are almost nonexistent in the US and "by any measure, voter fraud is extraordinarily rare," according to a 2007 report by the New York University School of Law. The same researcher reported in 2014 that he'd found a total of 31 instances of voter fraud between 2000 and 2014. That means deaths caused by lightning strikes in the US are about 15 times more common than instances of voter fraud.

But voting rolls often include people who shouldn't be there. People move or change their names and forget to tell the registrar. The families of dead people don't remove them from the rolls. All that fragmented information creates confusion.

These problems have led to worries that inaccuracies could be used to alter the results of an election. Donald Trump, the Republican nominee for president, has publicly mused the presidency could be stolen from him, saying the media is "rigging" the election.

Trump debates Hillary Clinton, the Democratic nominee, in the last of three faceoffs on Wednesday night.

Trump's claims come against the backdrop of repeated attempts by hackers to access state voter registration databases in Arizona, Illinois, Washington state and elsewhere -- authorities believe hackers have tried to get into the registration databases of half of the states. The hacks raise concerns intruders could add or alter information, creating new voters or allowing others to take on the identities of existing voters.

"If someone were able to modify the voter registration database, whether it's creating new, fictitious voters or changing information on voters who you don't want to vote," said Clifford Neuman, a computer science professor at University of Southern California, damage would be done.

While rare, fraudulent voting has cropped up.

In 1997, an elaborate plot to abuse a vote-by-mail system tainted Miami's mayoral election. At least 36 people were charged in a yearlong investigation of the vote.

In 2012, election results in South Carolina were called into question amid concerns that more than 900 dead people "voted" for roughly a decade. An investigation found the "dead" voters were the result of clerical errors and badly conducted efforts to match voter data with DMV records. What's more, only 10 confirmed cases of voter impersonation fraud were found between 2000 and 2012, according to an investigation by News21.

Michele Reagan, Arizona's secretary of state, and Lori Augino, the Washington state director of elections, both say signature verification is a low-tech but powerful tool for preventing people from voting in another person's name. Arizona also requires a valid ID to vote.