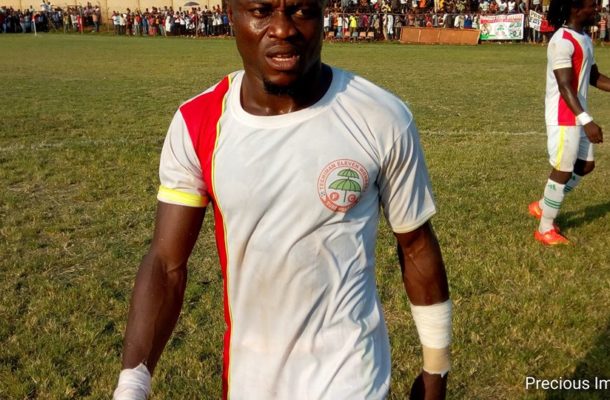 Techiman Eleven wonders have parted ways with striker Alex Asamoah after the expiration of his contract with the Brong based team.

According to the club they failed to reach an agreement with the journeyman and so decided to go their separate ways.

In a statement signed by club secretary Eric Opoku, it reads; "This letter is to state that the player Alex Asamoah is not under contract with Techiman Eleven Wonders Football Club."

"The management of the club after negotiations with Alex Asamoah have decided to release him to continue his career at any club of his choice."

"Please take note and amend your records accordingly" it concludes

The 33 year old penned a two year deal with the Techiman based club after returning from his sojourn in Burkina Faso.