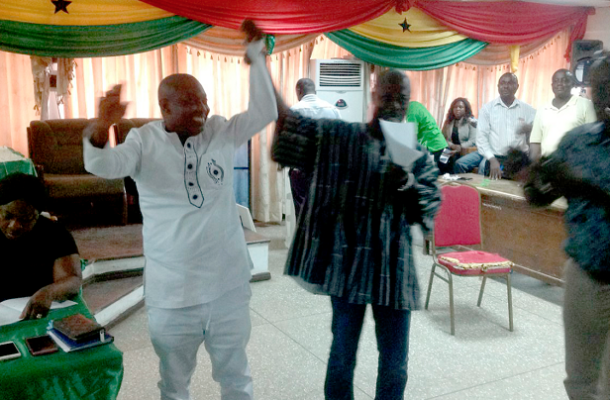 The assembly members had earlier in November, failed to elect a PM because none of the three contestants secured the mandatory two-thirds majority votes of the members.

One vote was rejected and another member was absent.

Earlier, a third aspirant, Mr Kwesi Poku Bosompem, an elected Assembly Member for the Halcrow Electoral Area, who initially had 12 votes and contested the initial election, announced his withdrawal from the race.

The election of the PM was supervised by the Metropolitan Electoral Officer, Nana Oduro Numapau.

The swearing-in of the PM was, however, deferred due to the absence of the magistrate to supervise the exercise.

Mr Lawer, in an interview, commended the members of the assembly for the endorsement.

He called for a closer collaboration among the membership of the house to bring development to the area.

The newly elected PM said his main objective was to help the assembly improve on its revenue generation, which was crucial for the development of the metropolis.

He also pledged to work in close collaboration with the Municipal Chief Executive (MCE), Mr Felix Nii Mensah Anang-La, to enhance effective administration and ensure the success of the Tema Restoration Agenda which sought to restore the Port City to its former glory as a well-planned city.