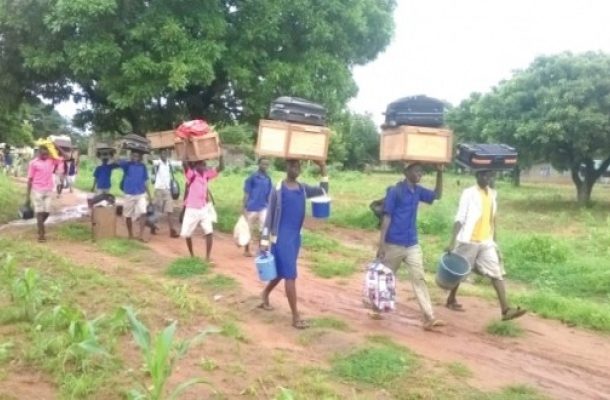 The Tempane Senior High School in the Upper East Region has been closed down temporarily but indefinitely over a hunger strike declared by the students in solidarity with their suspended headmaster Dominic Ndegu Amolale, whose reinstatement they are demanding.Mr Amolale was suspended by the Ghana Education Service (GES) in October 2018 after a National Organiser-aspirant of the opposition National Democratic Congress (NDC) at the time, Mr Joshua Akamba, went on campus to apparently incite the students against the Akufo-Addo government as far as the Free Senior High School programme is concerned.In a bid to avoid chaos and destruction of school property, the District Chief Executive for Tempane asked the students to vacate the campus in two hours on Tuesday, 11 December 2018.“We got information this morning from the Assistant Headmaster that some students had refused to eat.“They had refused to write exams and were preventing juniors from writing exams, so, after talking to them for about four hours, we realised that when we make them stay overnight, they might take advantage of the situation and destroy properties, so, stakeholders came together and we decided that in order to avoid any destruction of properties in the night, they should go home”, Paul Azuma Asugri told Accra-based Citi FM.