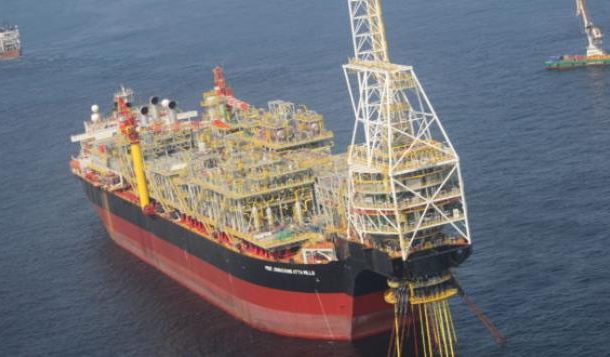 About 36 million dollars  have been  raked in by Ghana from oil produced from the TEN oilfields, barely six weeks after the commencement of commercial production,  the Minister of Petroleum, Emmanuel Armah Kofi Buah has disclosed.

The oilfield has so far produced 800,000 barrels of oil since inauguration on August 18 this year, he added.

“To date, TEN has produced about 800,000 barrels of oil; TEN gas exports to the gas processing plant is expected to begin in the first quarter of 2017”.

“The TEN oilfields will deliver about 80,000 barrels of oil per day and 50 million standard cubic feet of gas per day to fuel thermal plants for electricity generation. Production from the TEN fields will complement Jubilee to ensure uninterrupted gas supply to the thermal plants.”

This measures to 36,280,000 dollars with the revised oil revenue price announced by Finance Minister, Seth Terkper during the midyear budget review in July this year.

The lead managers for the project, Tullow Oil however says the figure is expected to ramp up as more wells are brought on board till the full daily capacity of 80,000 barrels is reached.

The Minister who was speaking at a media briefing in Accra on Tuesday also touted what he referred to as government's demonstration of its commitment to a timely delivery of the Sankofa Gye Nyame project.He also revealed that gas export from the TEN is expected to begin from the first quarter of 2017.

Presently, government has concluded the indemnity agreement between the World Bank to provide 700 million dollars security agreement for the project.

The President also in April this year, cut sod for the construction of the onshore facility at Sanzule in the Western Region, to receive lean gas from the fields.

Meanwhile a third FPSO is more than 80 percent complete in Singapore.

According to Mr. Buah, the installation of subsea infrastructure and equipment is currently ongoing.