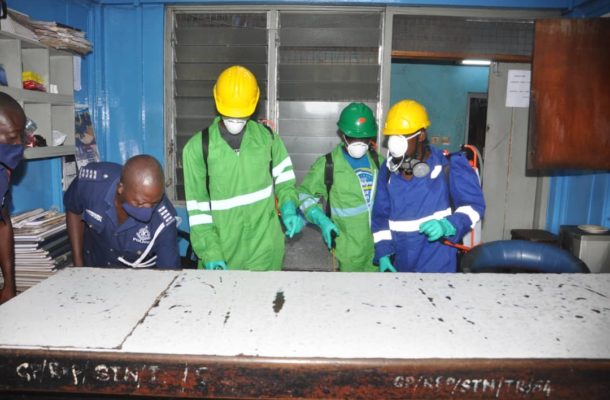 Ten inmates in the Tema metropolis have tested positive for the COVID-19 disease, the police has confirmed.

Tema Divisional Police Commander, Deputy Commissioner of Police (DCOP) Edward Johnson Akrofi-Oyirifi, made the disclosure on the sidelines of a disinfection and fumigation exercise which took place in the regional command on Thursday (May 21, 2020).

According to him, of the ten COVID-19 inmates, nine were from Ashaiman cells while one was recorded in a cell in Kpone.

However, he said none of the police personnel in Tema has tested positive for the disease so far. 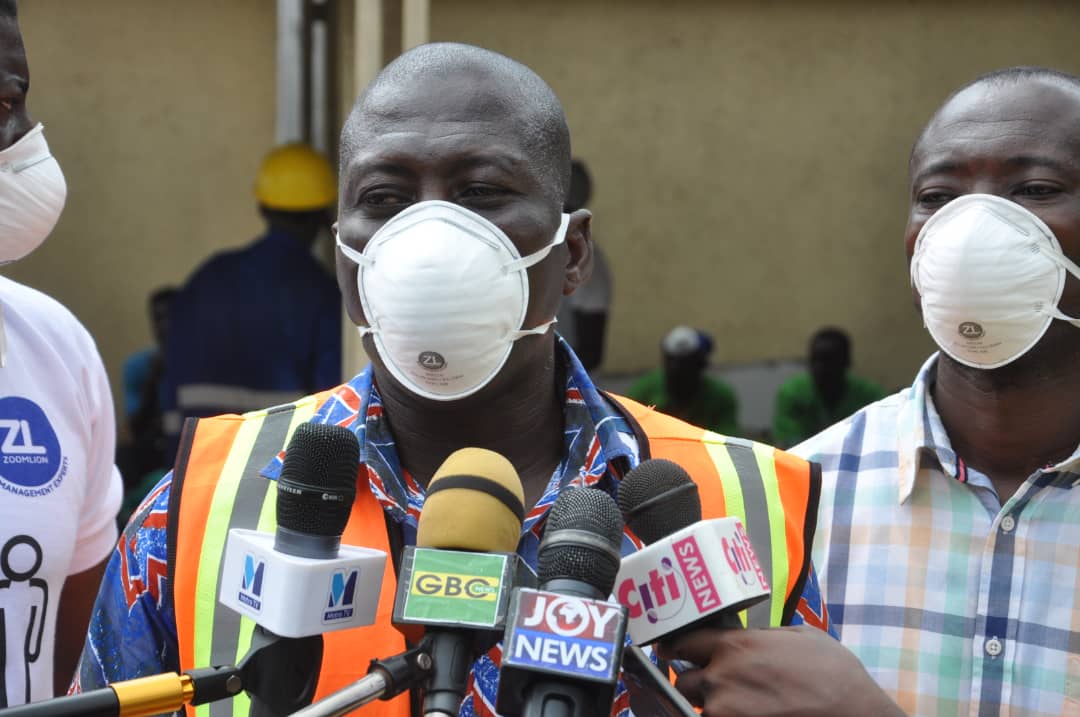 "Thankfully, all the other inmates who were in the cells with these Covid-19 inmates have tested negative, and have thus been transported to the Ankaful Prisons," the regional commander revealed.

DCOP Akrofi-Oyirifi further indicated that to ensure the safety of these Covid-19 inmates, his outfit has moved motions at the courts for them to be isolated and treated.

On social/physical distancing in the cells, he stated that the inmates were more protected in the cells.

This, he said, was because by confining them in the cells they were not exposed to the rest of the population.

"So I think that even they being in the cells was better for them because then they are isolated and qurantined from the rest of the Ghanaian population," he opined.

The Tema regional police commander used the opportunity to praise his officers who were deployed during the partial lockdown.

"Our personnel in the deployment during the partial lockdown were always brave to educate people who were commuting to Tema and its environs. And, I must say that they were professional in dealing with the lockdown directives," he gladly expressed.

In this regard, DCOP Akrofi-Oyirifi gave an assurance that his officers remained resolute in the fight against the global pandemic. 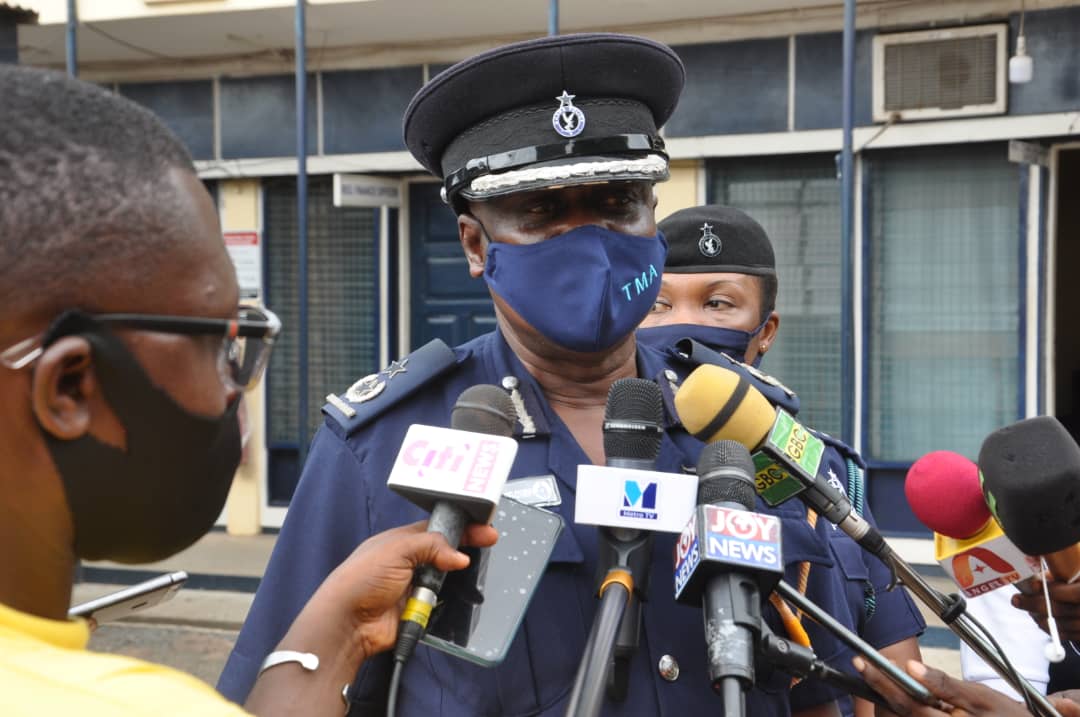 The Regional Security Council was collaborating with the metropolitan assemblies to enforce the "No Face Mask, No Entry" directive in Tema to ensure that the virus is contained, he said.

"We also have officers who regularly patrol the region to make sure that residents, factories, pharmacy shops among others were strictly adhering to the Covid-19 preventive protocols," he added.

According to him, the exercise, which is a collaboration between the Ghana Police Service and Zoomlion Ghana Limited, will cover four divisions and fourteen districts in the Tema enclave.

He said it will include the disinfection of police stations, cells, offices and barracks under the above jurisdictions.

"They have started with the regional headquarters and from here they will be moving to the various divisions," he noted.

Zoomlion Regional Manager, Tema, Seth Appiah, explained that the exercise was a collaboration between his outfit and the Ghana Police Service. 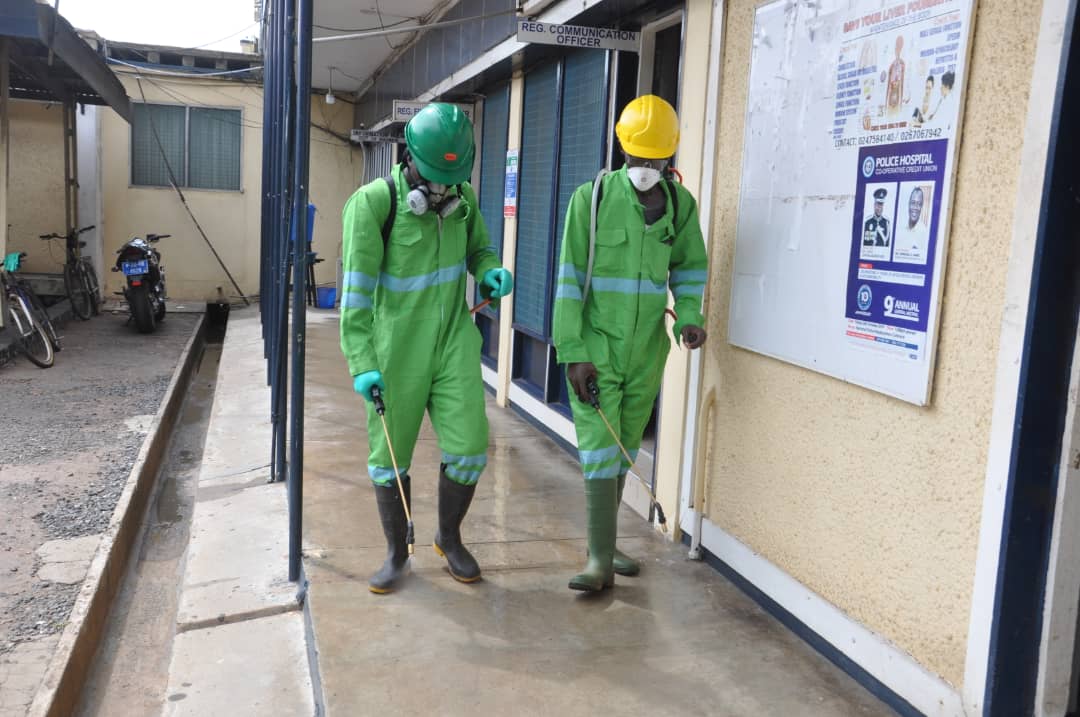 According to him, the Tema police have been very cooperative in the discharge of their work.

For the disinfection and fumigation of Tema police facilities, he disclose that they have deployed twenty workers for the exercise.