The penalty against South Africa was a bit soft - Andy Yiadom 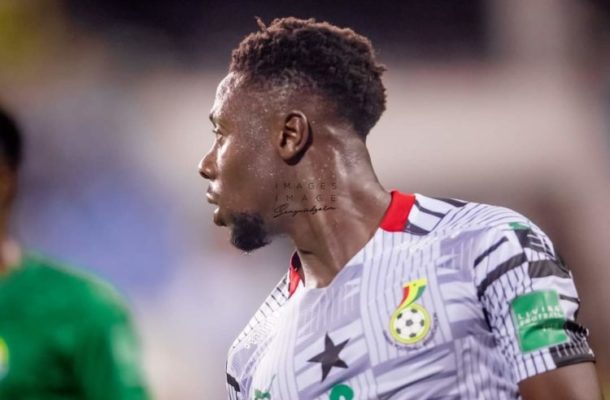 He says that on the pitch it looked like a penalty but after watching replays he realized it was a bit soft but adds that he has seen them given a lot of times.

South Africa is seething with rage after what they termed match fixing and a rehearsed cheating which was perpetrated by Senegalese referee Ndiaye Maguette, Black Stars and even ball boys which benefitted Ghana in reaching the play offs of the 2022 World Cup.

SAFA has lodged a complaint with FIFA requesting that the results of the match be annulled and a rematch ordered between both sides.

"When I was on the pitch it looked like it was a penalty, but I have watched it back it was a little bit soft," the Ghana defender told World Football on the BBC World Service.

"But it is football and I have had them given against me plenty of times and it is one of those things and it was about actually scoring the penalty which we did.

The Reading defender says he knows Ghana won the game and there has been no discussions about it on the team's WhatApp page.

He adds that the arrival of Milovan Rajevac was a good one as he knows a lot about the team.

"I have been the person who has just touched him and the other person has just fallen over. At the moment I know we won the game and that's that."

"We have a WhatsApp group but nothing has really been said in it and I haven't really been following it - has been pretty hectic and I have been travelling a lot and been in training and have to crack on with the game (for Reading against Nottingham Forest) on Saturday." he said.

"It has been really good and I think he knows the logistics of Ghana and I think that's helping and everyone's taken to him and it is a good appointment," he insisted.

Ghana is among ten countries that have qualified for the play offs of the 2022 World Cup and will know their opponents in the play offs stage when CAF Executive Committee meets on November 25.