The use of doves by NDC is spiritual - Asiedu Nketia 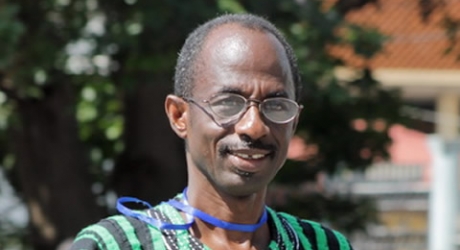 General Secretary of the ruling National Democratic Congress (NDC), Johnson Asiedu Nketia says the doves seen at the Cape Coast Stadium during their campaign launch was for spiritual purposes.

Some persons have suggested that the party purposely held the birds and released them when President Mahama started his speech so it can touch on his shoulders to look as if he has been ordained by God.

But responding to these claims and the reason why the party used the doves, the chief scribe of the NDC speaking to Kwame Tutu on Frontline on Rainbow Radio 87.5FM said, the use of the doves is not new to the party.

According to him, they have since the era of former President Rawlings and the late Mills used the doves at every campaign launch of the ruling government.

''The use of the doves is not a new activity. We have since the era of our two former presidents, Jerry John Rawlings and late Prof. Mills used the doves during our campaign launch. It has a spiritual significance.

The dove represents peace and victory. We always do it as party whenever we launch our campaign. And I can say that it has formed part of our victory as a party. In everything you do, it should consider both the physical and spiritual and so that is why we have always used the doves.''