There are multiple offers for Edmund Addo - Agent 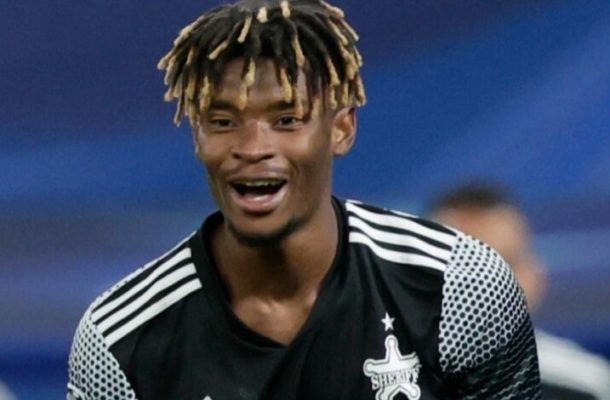 Representative of Ghanaian midfielder Edmund Addo, says his client has received several offers from clubs in Europe following his impressive form for his Moldovan side Sheriff Tiraspol.

The combative midfielder helped his Moldovan side defeat Real Madrid 2-1 in the UEFA Champions League and has since had his reputation soar.

Addo was handed a call up by the handlers of the Black Stars for the last qualifiers against South Africa and Ethiopia following his exploits in Europe.

"Edmund Addo has received several good offers following his Champions League exploits with Sheriff. Actually, he moved there to have the opportunity of playing in the CL and it's really gone well. We'll discuss the offers and see what happens," Oliver Arthur told Angel TV.

Addo has been in good form this season and showed the whole world the stuff he is made of as he starred for his Moldovan side against Real Madrid and has featured in all five Champions League matches this season.

He hasn’t missed a game this season with a total of 19 appearances so far across all competitions with a goal scored and has two assists in 11 matches in the Moldovan League.