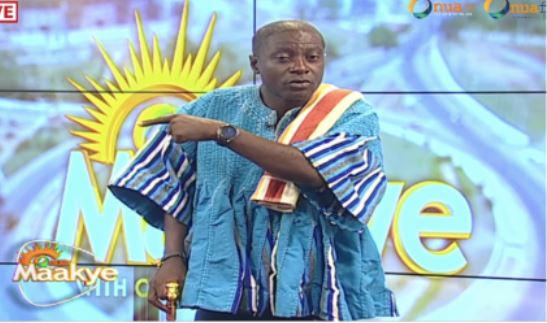 Renowned broadcaster, Blessed Godsbrain Smart, popularly known as Captain Smart, has alleged that elements in the government and the New Patriotic Party have made several attempts on his life.

Speaking on his Maakye Show on Onua TV, Captain Smart asserted that the government, as part of its plans to harm him, will be arresting him in the course of this week.

He said that the plan included him being in a jail cell with someone planted to gravely wound him.

He added that the attempts being made on his life will not stop him from criticizing the government because he is not afraid to die due to his Christian faith, which enjoins him to live for Jesus Christ.

“… I know that some people in the government are currently scheming to implicate me and arrest me. The intel I have is that they will put a knife in a loaf of bread and bring it to someone where they will be taking me for the person to use to gravely wound me.

“I was just looking for a reason to believe and understand the issues, and my recent attack in Ada confirmed this. They broke into my car. There were blood stains, they took everything in the car.

“Every thief is afraid to die. I’m not a thief, and so I am not afraid to die. What I want to tell every politician in this country is that my life is in the Holy Spirit, and the Holy Spirit resides in Jesus Christ, and Jesus is in God Almighty. You (those planning to attack him) will not get me,” he said in Twi.

The journalist further stated that rather than making attempts on his life, the government should strive to resolve some of the issues he raises to better the lives of Ghanaians.

Watch Captain Smart in the video below: