There is nothing special about Kotoko and Hearts - Alhaji Gruzah fumes 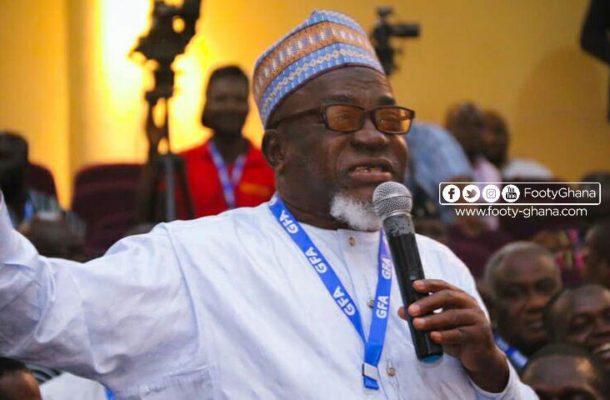 Firebrand football administrator and owner of King Faisal, Alhaji Karim Gruzah has taken both Kotoko and Hearts to the cleaners for their supposed demand for more of the sponsorship money from betPawa.

He says that the two most glamorous clubs in Ghana are nothing special to be given more money than the other 16 teams.

According to the controversial club president, if both teams are given more money than the others he will lead a campaign for all the other 16 teams to boycott the league.

“The FA cannot distribute the money anyhow they want. Who are they [Hearts and Kotoko]?” he said on Angel FM.

“Teams that don’t even know administration. Are they premier league teams or super premier division teams?

“If so, they should play their own league and let other clubs play theirs too. They don’t deserve more money than anyone.”

Drawn to the fact that Hearts and Kotoko have bigger followings, the King Faisal owner said: “Which numbers? The way I manage my team, Kotoko and Hearts can’t. I’m going to check from the FA if such a proposal has been made.

“I call on all the clubs not to agree to such an arrangement, otherwise let’s leave the league for those two clubs to play.”


The Ghana Football Association (GFA) on Wednesday, August 3, 2022 unveiled betPawa as the headline sponsor of the Ghana Premier League at a ceremony in Accra. The GFA and the betting company have a three-year deal worth $6M over the period.