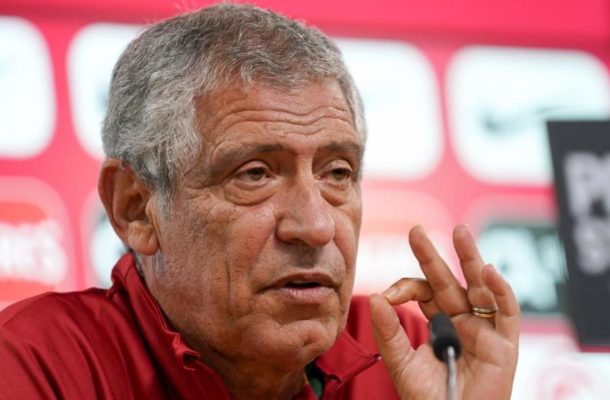 Head coach of Portugal, Fernando Santos says that there was no need for the American referee Ismail Elfath to consult the Video Assistant Referee (VAR) as there was incident.

Portugal defeated Ghana 3-2 on Thursday in their Group H opener with Portugal's first goal a contentious one as Ronaldo dives for the penalty.

The Black Stars felt cheated as Cristiano Ronaldo sold the American referee a dive which he bought without consulting the VAR.

Cristiano Ronaldo scored the opening goal from the penalty spot, hammering in after the referee awarded a highly contentious penalty for Portugal after an apparent dive from the former Manchester United forward following a close incident with Mohammed Salisu.

The American referee immediately pointed to the spot resisting all attempts to have a second look at the incident on the video assistant referee despite protestation from the Ghanaian players.

"I think if the VAR team had felt the referee should consult the VAR, they would have prompted him. I also think Joao Felix was fouled at a point and I expected the referee to check the VAR but he didn’t. So I don’t think there was a call the VAR would have been necessary for the referee."

Ghana will now concentrate on their next game on Monday against Korea.