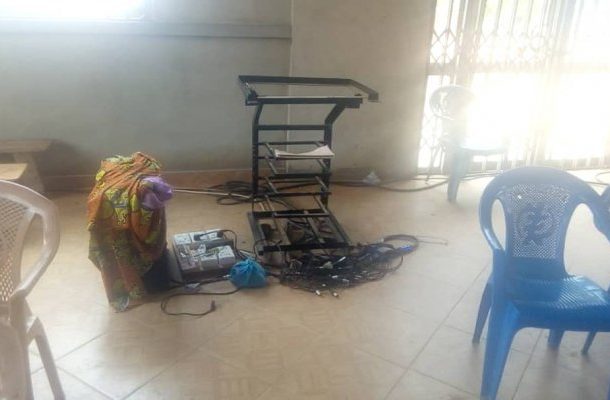 The Kenyase Bosore branch of the Church of Pentecost in the Kwabre East District of the Ashanti Region has been under attack by unknown assailants.

The robbers made away with all the church's instruments.The attention of the leadership of the church was drawn to the incident when the church building was opened for prayers on Wednesday, 31 July 2019.The church was closed after last Sunday's church service.The robbers cut the burglar-proof on the window and stole items including equalizer, two amplifiers and a mixer, among others worth thousands of Ghana cedis.One of the Deacons of the church, John Nyarko in an interview said the case has been reported to the Kenyase police.This is not the first time a church has been broken into in the area.Another branch of the church was burgled years ago and early this year, the House of Faith church also had its instruments stolen.