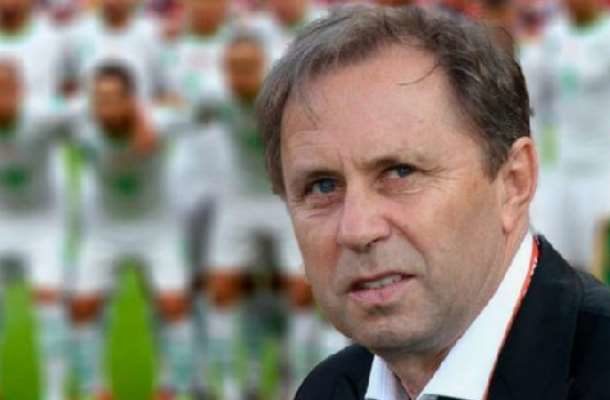 Former Hearts of Oak General Manager and Supporters chief, Neil Armstrong Mortagbe says that things have changed since Serbian trainer Milovan Rajevac was the coach of the Black Stars.

The Serbian and former Ghana coach Milovan Rajevac has been widely tipped to replace sacked C.K Akonnor as the new coach of the Black Stars.

He says that the Serbian if appointed will be taking over a relatively different Black Stars set up than the one he inherited in 2008 during his first stint with Ghana.

“While it is still not easy to work with any national team I will say that particular phase that he came to meet was a time where the team was quite settled. That is not the case in this particular instant. So it will be interesting to see how he works with this team if indeed he is given the job,” Neil Armstrong-Mortagbe told Class FM in an interview.

Neil Armstrong says he is not sure whether the Serbian is the right man for the vacant Ghana coaching job as all he knows about him is his first stint with Ghana but believes he has the right temperament for the Ghana job.

The experienced football administrator added, “But is he the right man for the job? I can only speak to what I know of him when he [first] came and the type of teams he met. The type of team he is meeting now is a completely different one and I have to be very honest I haven’t checked with his track record whether he has met a challenge of this nature before. In terms of the temperament we saw of his when he was with us I think he has a good temperament.”

The Serbian is expected to sign a two year contract worth $45,000 with the GFA as the new Black Stars coach with an announcement expected in the coming days.