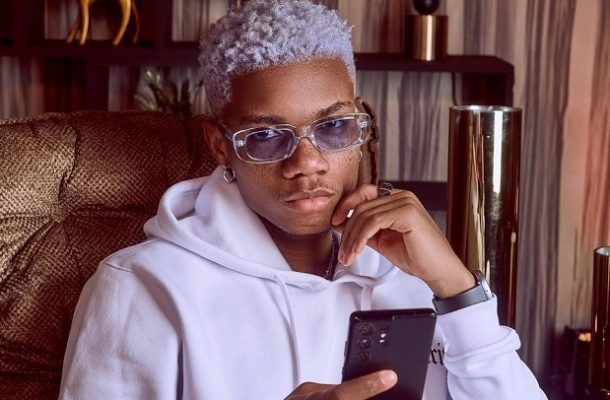 The 2022 Vodafone Ghana Music Awards ‘Artist of the Year’, KiDi has added his voice to the current 'war' between a section of Ghanaian musicians, industry players in the music space and some TikTok influencers.

The brouhaha started after Asantewaa, who happens to be one of the popular TikTok stars said during an interview on UTV that currently, they as influencers on the video-sharing app are the ones who help to make songs hits.

She went further to say that any musician who fails to bring their songs to them to promote will end up listening to the song him/herself because it will never go viral.

These comments saw her come under a lot of attack on social media and eventually she was forced to apologize and say she was just playing and making a joke.

Despite this apology from Asantewaa, many people have still bashed her for making that remark.

KiDi however had a totally different opinion on the issue when he was recently interviewed by Citi TV’s Kwame King on a Twitter space.

According to KiDi, musicians and other industry players in the space should understand that this is the time for TikTok influencers and no one can fight that.

He added that changes are bound to come naturally by the law of natural order and that is what is happening with the TikTok influencers because it is currently one of the power tools to promote songs.

KiDi ended that those who are ‘fighting’ these TikTok stars must understand that they are currently part of the music ecosystem and they cannot be ignored.