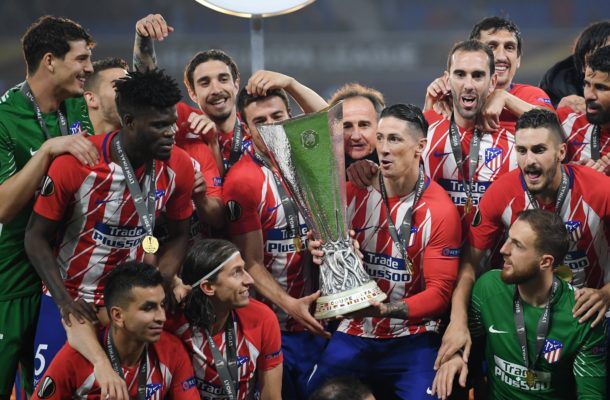 Thomas Partey featured for Atletico Madrid as they convincingly defeated Olympique Marseille on Wednesday night at the Parc Olympique Lyonnais in Lyon, France.

A brace from Antoine Griezmann powered the Rojiblancos to their third Europa League title with a 3-0 victory over the French Club.

Griezmann opened the scoring with a strike off a Marseille error in the 21st minute before tacking on his second in the 49th minute.

Partey who was surprisingly left out of the starting line up climbed off the in the 88th minute as a replacement for Correa.

Gabi would then put a bow on things with an 89th minute goal, giving the Colchoneros their first Europa League trophy since the 2011-12 season.