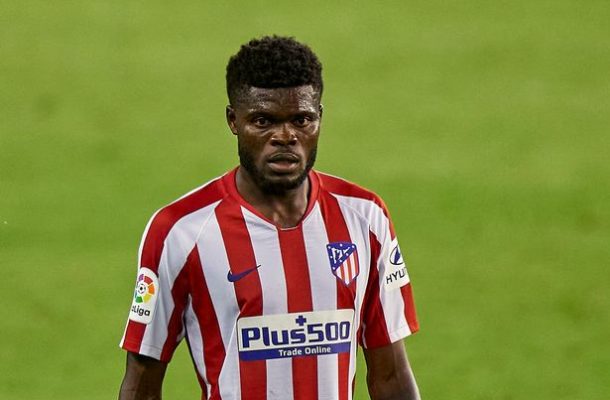 Thomas Partey is not making it easy for Arsenal to take him to the Etihad Stadium this summer as the Gunners have come across another roadblock in their pursuit of the Atletico Madrid star.

Mikel Arteta is looking to put his stamp on the team in this transfer window and has already captured Pablo Mari, Cedric Soares, Gabriel Magalhaes and Willian.

Arsenal still really want a dynamic midfielder who can be the heartbeat of the team.

They have identified Atletico ace Partey as their top target and saw two bids rejected so far this window.

The La Liga outfit are adamant that they will not sell the 27-year-old for any less than his £45million release clause.

The Athletic claims there would also be an issue with wages as Partey has 'very high' salary expectations.

Most of Arsenal's funds this summer may be tied up in trying to get Pierre-Emerick Aubameyang to sign a new contract.

Talks are ongoing behind the scenes on a new deal as they do not want to lose their top goalscorer for free next year.

If the Gabon international pens a lucrative extension it will only make things more difficult if they want to sign Partey.