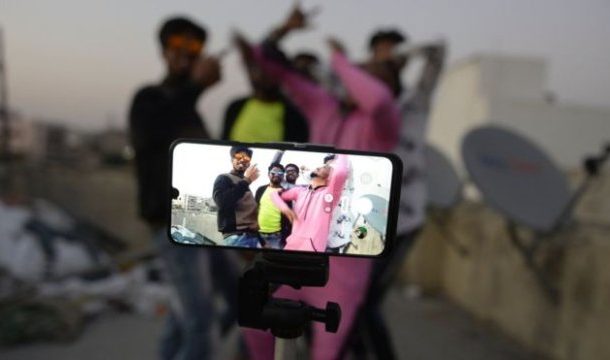 It will let parents link their own TikTok accounts to their child's - and turn features on and off remotely.

That includes a "restricted mode" that tries to filter out inappropriate content, and turning off messaging.

TikTok has an age limit of 13, but many pre-teens still use the Chinese-owned app.

What does the new feature do?


Parents and guardians who have their own TikTok accounts - or create one for this purpose - can link their account to their child's, to have direct control over the safety settings.

The adults must open the app on both phones, head to the "digital wellbeing" settings, and identify which phone belongs to them, and which to the child.

Scanning a QR code from one phone with the other links the accounts, and lets the parent password-protect certain features.

That means the adult's phone can now turn on and off the setting for:

These safety features have been on the TikTok platform for some time, but needed to be set on the teenager's phone manually, and locked behind a password that had to be reset every 30 days.


TikTok is hugely popular among young people, and it was recently announced that half of all 10-year-olds own a smartphone.

Stephen Balkam of the Family Online Safety Institute - a charity of which TikTok is a member - says parents having their own TikTok accounts could be a good thing.

One of the charity's steps to "good digital parenting" is to "get involved and go online with your kids, and create things together".

"We see this as a step forward for TikTok," he said.

But John Carr, secretary of the UK-based Children's Charities' Coalition on Internet Safety, said: "I'm afraid any parents who engage with the app and let their children go on it either didn't actually look at the app first or they have some strange ideas about what is appropriate for youngsters."

"I spent a lot of time on TikTok recently. The simple truth is it is no place for youngsters of 13 - their declared minimum age.".

And without age verification, it was "100% certain" under-13s were also on the app.

A BBC investigation last year found that children and teenagers were being pressured to buy items with real money for TikTok celebrities - in exchange for phone numbers and private messages. The app made that feature an adults-only function in the wake of the report.

"What we're seeing is a maturation of this app that has come from nowhere in the past 18 months," Mr Balkam said.

"They're playing catch-up to where they are, as one of the most prominent apps in our kids' lives."