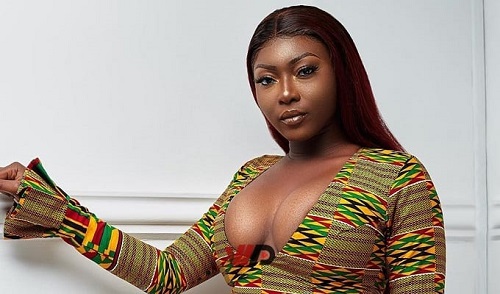 Black Avenue Muzik signee, Sefadzu Abena Amesu popularly known in showbiz as S3fa has shared her thoughts on the impact of the social media platform, TikTok on music.

According to her, the video-sharing app is killing the Ghanaian music industry.
Explaining her stance on the topic, the sensational songstress noted that because of TikTok, most Ghanaians no longer appreciate good music.

She added that most fans now only patronize songs when they came with a TikTok challenge or dance, which she believes is gradually killing the music industry.

“Now, if you make music and you don’t add a challenge to it, or some sort of dance, or some vibe to it, everybody thinks that that means you are not doing music. This is not right. I think that Tiktok is killing the whole music industry right now,” S3fa made these assertions in an exclusive interview on Ultimate 106.9FM.

The ‘E choke’ crooner added that this new phenomenon has compelled musicians to produce substandard songs with the intention of meeting TikTok trends.

“If you look at the music industry now, you don’t really hear the kind of quality music we used to hear before. We’re not feeling the type of vibe we used to have before…. This is because everybody thinks that if it doesn’t trend on TikTok, it is not music and that doesn’t make sense.”

Her comments come after popular TikTok influencer, Asantewaa made a claim that without TikTok, Ghanaian music will not have the capacity to hit higher boundaries.

While on the United Showbiz show as a guest, Asantewaa emphatically stated that TikTok stars in Ghana are directly responsible for making songs go viral. She said, without them, no artiste can record a hit song.

Asantewaa was subsequently lambasted by a section of the public who argued that she was being pompous.

Some also indicated that her comment is disrespectful as they concluded that she rubbished the efforts of musicians in her narrative.