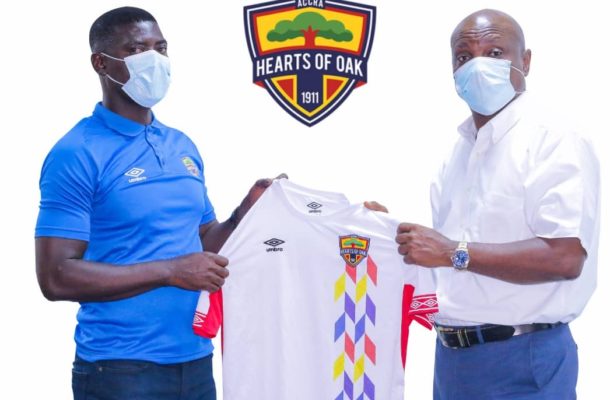 Board Chairman of Hearts of Oak, Togbe Afede XIV has insisted there is nothing wrong for the clubs board to make "appropriate recommendations" to newly signed Coach Samuel Boadu.

Formed Coach Kosta Papic resigned, citing  Board and Management  interference in his job.

But Togbe believes much as coaches will have the free hands to operate in the technical domain, it's not misplaced to make certain suggestions to the coaches.

At an unveiling ceremony on Monday at the World Trade Centre in Accra, the Board Chairman described speaking at the unveiling of Boadu said the former Medeama gaffer will be given the freedom to select his own assistant for the tough Hearts task.

“We have agreed that technical matters will be his responsibility, it does not prevent the board from making appropriate recommendations but that would be his domain," he said.

“We have always recognized in our contract the right of the coach to make his technical decisions for which he will take responsibility.

“Coach Samuel Boadu will have as much freedom as he wants and as he deserves."

Boadu, who is one of Ghana's young coaches joined the Phobians on a three and half year deal, replacing Serbian Kosta Papic, who resigned last two weeks.

The 32-year-old tactician resigned from his post at Medeama to join Hearts.

He will lead the Phobians for the rest of the 18 league matches, beginning with  WAFA in the match Day 17 game this weekend.