Top Ghana Premier League clubs are competitively scrambling for the signature of former AshGold star Alhaji Sani after he announced a return to sign for a club in the  local league, Ghanasoccernet.com has gathered. 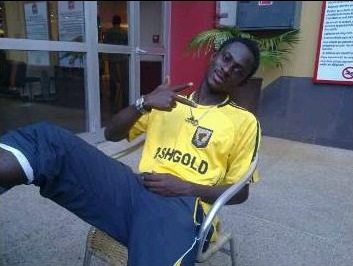 The skillfully talented midfielder fell out with the Miners after helping them to win the Ghana Premier League title last season and has since not joined any club.

He was on trial with an unnamed German club hut has decided to return to play in the Ghana Premier League in the coming season.

Ghanasoccernet.com gathers that the two top clubs in the Ghana Premier League as well as Bechem United are all keen on signing the attacking midfielder for the coming season.

Bechem United are looking to strengthen their squad for the 2017 CAF Confederation Cup following their FA Cup capture.

They have since renewed the contract of Alfred Nelson for two more years, bringing on former Kotoko striker Ahmed Toure and the signing of Alhaji Sani will put them in a better position for the CAF club competition and the upcoming Ghana Premier League.

Alhaji Sani who is a product of the Goldfields Academy joined the Miners in 2006 and until 2014, was the club's longest serving player.