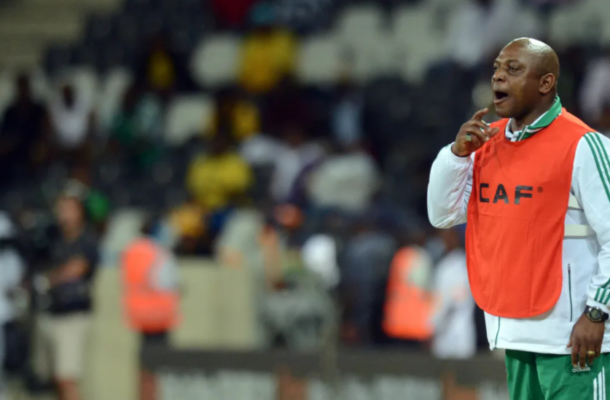 In the history of the Africa Cup of Nations, only two men won the title as player and coach.

Egyptian Mahmoud El Gohary won the second edition of the tournament in 1959 as a player, and he later guided the Pharaohs to their fourth title in 1998. While Nigeria’s Stephen Keshi was the Super Eagles captain when they won their second title in 1994, before steering them to their third glory as coach in 2013.

Mahmoud El Gohary opened the second AFCON edition goals in 1959. At his favourite grounds, Cairo Stadium, the Al Ahly forward scored a hat-trick when Egypt defeated Ethiopia 4-0 in the 1959 opening game, to start their way to a successive, which was secured thanks to a 2-1 win over Sudan. El Gohary’s three goals were enough to see him finish as the tournament’s top scorer.

Almost four decades later, 39 years to be precise, he guided the Pharaohs to their then fourth AFCON title in Burkina Faso 1998. Under El Gohary, Egypt defeated South Africa 2-0 in the final to lift the trophy with the likes of Hossam Hassan, Ahmed Hassan, Hazem Emam among others.

El Gohary had a brilliant coaching career that saw him winning CAF Champions League titles with Cairo rivals, Al Ahly (1982) and Zamalek (1993). He led Egypt to their second FIFA World Cup appearance in Italy 1990, and had spells with Oman and Jordan national teams, besides clubs in Egypt, Saudi Arabia and UAE. The iconic figure passed away in August 2012, aged 74.

Keshi captained Nigeria’s golden generation of 1994 that included the likes of Rashidi Yekini, Daniel Amokachi, Samson Siasia, Austin 'Jay Jay' Okocha and others, as they reached the FIFA World Cup for the first time in their history in USA, and won Africa Cup of Nations title in Tunisia same year. A defender in the ranks of French based RC Strasbourg then, Keshi featured in Nigeria’s road to the final where they defeated Zambia 2-1 to raise the trophy, despite missing the final through injury.

In 2013 Keshi joined El Gohary, by becoming the second person to win the AFCON title as player and coach, when he led the Super Eagles to their third trophy in South Africa, beating Burkina Faso 1-0 in the final.

Another highlight of Keshi’s coaching career was guiding Togo successfully in the qualifiers of the 2006 FIFA World Cup, but missed out on the final tournament in Germany after being replaced by German Otto Pfister. He also guided the Super Eagles to the second round in the 2014 FIFA World Cup in Brazil. He also had a short spell with Mali. Keshi died in June 2016, aged 54.