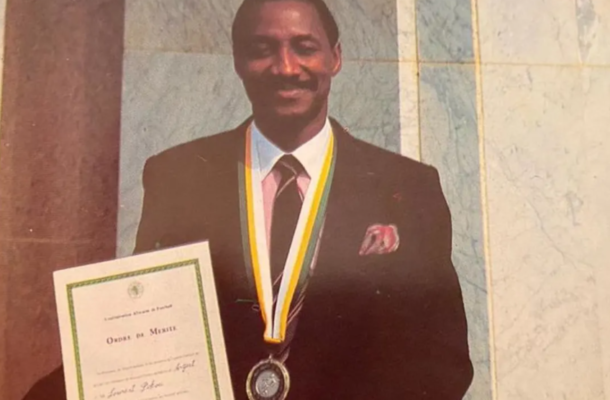 A look into the TotalEnergies Africa Cup of Nations all-time top scorers list, and the names Pierre Ndaye Mulamba and Laurent Pokou will be cast in gold.

While Pokou sits second on the list with 14 goals, four shy of record scorer Samuel Eto’o of Cameroon, DR Congo’s Mulamba has 10 goals to his name. However, both are in the AFCON book of records for different reasons.

Mulamba holds the record for the historical top scorer when it comes to a single edition. “Mutumbula” as he was known among his supporters scored nine goals in Egypt 1974 as the Leopards grabbed the title, a record till date.

On the other hand, Pokou who was the top scorer in two consecutive editions holds another record, having scored five goals in a single match when Cote d’Ivoire defeated Ethiopia 6-1 in Sudan 1970.

After playing a role in DR Congo (then Zaire) qualification to the 1974 FIFA World Cup, Mulamba came to Egypt with Les Leopards to take part in the 1974 AFCON. He emerged as the tournament’s most valuable player and top scorer after scoring nine goals in six matches, a record that lasts till today.

Mutumbula as he known in his nation scored a brace against Guinea and another goal against Mauritius in the group stage. In the semifinal he added another brace as Zaire stunned hosts Egypt to reach the final. Against Zambia he scored another brace, and as the final ended in a 2-2 draw it was replayed 48 hours later with Mulamba scoring two more goals to see his side winning the trophy.

Mulamba also won the CAF Champions League (then African Cup of Champion Clubs) with AS Vita in 1973. He died in January 2019, aged 70. He was honoured with a minute of silence during the ultimate group matches at the last Africa Cup of Nations in Egypt 2019.

After scoring six goals for Cote d’Ivoire in the 1968 AFCON edition, Pokou returned to score eight in the next edition in Sudan 1970. He kept the record of most scored goals in AFCON history till 2008 when it was shattered by Eto’o.

But Pokou keeps another record, the one of most goals scored by a player in a single match. Against Ethiopia in the group stage, Pokou scored five goals as Les Elephants emerged 6-1 victorious.

Nicknamed 'Asmara', Pokou played for domestic giants ASEC Mimosas, and in France for Rennes and Nancy. He passed away in November 2016, aged 69.