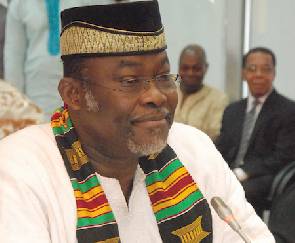 The Ministry of Trade and Industry, on Tuesday held a national cashew policy validation workshop in Accra, as a road map to regulate the industry.

Participants at the forum funded by the Cashew Industry Association of Ghana (CIAG), deliberated on the rationale for a cashew policy; components of the policy; incentives and regulatory regimes as well as challenges in the sector.

The discussion also considered the production, processing, and distribution of the raw cashew nuts.

The Minister of Trade and Industry, Dr Ekwow Spio-Garbrah, noted that the roles of non-governmental actors in ensuring that the policy is comprehensive and holistic cannot be over emphasised.

He added that the government cannot work in vacuum and requires support from local authorities, financial institutions, agro-related industries and organisations such as Economic Community of West African States (ECOWAS) and African Union (AU) to boost the industry.

MEDA, which has its headquarters in Canada with projects in 62 countries, is interested in sustainable livelihood improvement for tree crop farmers and the profitable growth and development of businesses along value chains of targeted tree crops

The President of CIAG, Mr Wilfred Osei Owusu said: “The policy must clearly have a sustainable programme,” and must make room to create a fund to run the affairs of the industry as well as institutional and legal framework.
 
Cashew contributes 54 per cent of export revenues of the sub-sector as the leading agricultural non-traditional export product in Ghana.

The estimated value of the cashew sector (raw cashew nuts) and kernels is estimated at $ 276 million.

The Cashew Policy Draft said the cashew industry is confronted with several challenges. It includes the absence of an apex body to administer activities in the industry, no targeted regulation for the industry, no approved standards in cashew trading, fluctuation and uncontrolled raw cashew nuts as well as lack of financial/credit assistance.

The President of the Ghana Cashew Farmers Association (GCFA), Kwaku Adu says that bushfires has been a threat to the farmers. He also mentioned that because the cashew trade is not regulated people steal cashew from the farm to sell to their customers.

“We will be very glad if the policy comes up with a payment system that will allow only cashew farmers sell their produce to sieve out pilferers” Mr Adu said.

Cashew is mostly grown by smallholder farmers with farm size ranging from 0.8 hectares to 3.0 hectares. Large plantations account for 12 percent of cashew farms in the country with sizes between 4 hectares to 40 hectares.

The policy draft also proposed a governing board to encourage and monitor cashew production, research and extension, marketing and quality control.

It also said, “the necessary institutional, infrastructural and legal framework will be put in place to ensure effective implementation of the prescriptions in the policy for the achievement of the set objectives”.