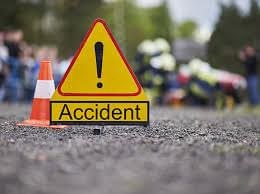 At least six(6) young Footballers out of thirty-six(36) from an Offinso based colts team in the Ashanti Region have been confirmed dead following their involvement in an accident on Saturday Evening.

According to a report by online portal SPORTSworldghana.com, the thirty-six (36) Colts footballers had travelled to Afrancho for their Colts football registration exercise and were hit with the gory accident on their return to Offinso.

The name of the colts team and the six perished is still unknown as the details of the accident remains scanty.

Meanwhile several of the players are currently receiving treatment at the St. Patrick Hospital in Offinso with four of them currently in critical condition at the Komfo Anokye in Kumasi.