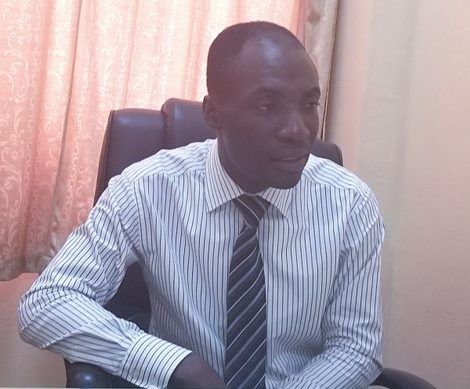 Infertility is a well-known public health issue, particularly in Africa.

For instance, in Ghana, infertility is often attributed to witchcraft, physical abnormalities with spiritual origins and sexual promiscuity.

Speaking to the Daily Graphic, a Consultant Obstetrician and Gynaecologist at the Korle Bu Teaching Hospital, Dr Kwaku Ansah-Opoku, gave the simplest definition of infertility as failure to conceive after one year of regular unprotected or uninterrupted sexual intercourse.

However, he said, under the definition, the period for a person to be considered infertile reduced to six months for people who were 35 years and above.

He said the global health condition affected eight to 12 per cent of couples, pointing out that the condition, in most cases, was treatable.

He attributed the condition to a number of factors, saying they could be medical due to lifestyle or natural.

He said the factors in men included abnormal sperm production or function due to undescended testicles, genetic defects, health problems such as diabetes or infections such as chlamydia, gonorrhoea, mumps or HIV, adding that enlarged veins in the testes (varicocele) could also affect the quality of sperm produced from men.

According to Dr Ansah-Opoku, problems with the delivery of sperm due to challenges such as premature ejaculation; certain genetic diseases; structural problems such as a blockage in the testicle; or damage or injury to the reproductive organs, contributed to the condition.

He also said certain environmental factors such as the use of pesticides and other chemicals and radiation, as well as cigarette smoking, alcohol and marijuana use, frequent exposure to heat such as in saunas or hot tubs,also contributed to the problem.

In women, he said, infertility could be as a result of infections, sexually transmitted diseases, stress, overweight or underweight; painful menstruation, improper termination of previous pregnancy/pregnancies; ovulation problem, being hairy at places where women usually were not supposed to have hair, excessive intake of alcohol among other factors.

“Hyperprolactinemia, a condition in which you have too much prolactin — the hormone that stimulates breast milk production — may also interfere with ovulation. So when you are producing breast milk although you are not a nursing mother is a sign, and you have to see the doctor,” he said.

He said other pointers were primary ovarian insufficiency (early menopause), when the ovaries stop working and menstruation ends before age 40 and the absence of menstruation (amenorrhea), as well as genetic abnormalities also can make conception and pregnancy less likely.

Dr Ansah-Poku said while it was difficult to see symptoms with the eyes, because it is women who get pregnant, the main symptom of infertility could be not getting pregnant.

However, other signs in women could be irregular or absent menstrual periods.

“Rarely, an infertile man may have some signs of hormonal problems, such as changes in hair growth or sexual function,” he said.

Dr Ansah-Opoku said the treatment of infertility was determined by the cause and gave an assurance that in most cases the condition was treatable.

He said it only became irreversible if a permanent damage has been caused or was a natural process.

He said even in the treatable conditions, affected persons had to be patient as it took time to go through the whole process, although the period could be very short for some.

“Surgery is sometimes required to treat conditions associated with infertility.

The vast majority of surgical procedures used to address infertility can now be performed on an outpatient  basis,” he said.

He has therefore asked couples to support each other in the treatment regime.

He said families and society had to support such couples rather than putting unnecessary pressure on them, which he said could stress them more and delay their treatment.