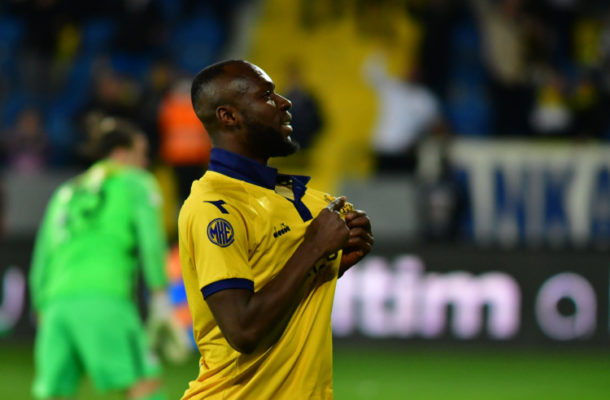 Ghanaian striker Kwabena Owusu is attracting interest  from newly promoted Turkish first league side Sakaryaspor ahead of next season.

Owusu joined Ankaragucu on a season long loan deal from Azerbaijani side FK Qarabag but has ended.

The newly  promoted  club is  keen  to retain the services of the Ghanaian forward in Turkey after a successful run with Ankaragucu.

Owusu performed very well for Ankaragucu and was expected to  stay with his on loan side but  they decided against keeping with just a year remaining on his Qarabag contract.

He was integral to the team's promotion push as he has scored 7 goals in 21 appearances with  4 assists.

Kwabena Owusu has played for a number of clubs in Europe with the likes of CD Leganes, Cordoba, Salamanca, Real Oviedo among others.

Kwabena Owusu was a member of Ghana's Black Stars at the 2019 Africa Cup of Nations in Egypt.