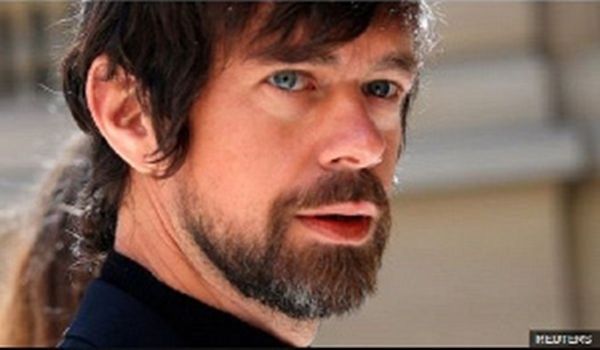 Twitter is to ban all political advertising worldwide, saying that the reach of such messages "should be earned, not bought".

News of the ban divided America's political camps for the 2020 election.

Brad Parscale, manager of President Donald Trump's re-election campaign, said the ban was "yet another attempt by the left to silence Trump and conservatives".

But Bill Russo, spokesman for the campaign to elect Democratic front-runner Joe Biden, said: "When faced with a choice between ad dollars and the integrity of our democracy, it is encouraging that, for once, revenue did not win out."

"In a democracy, I don't think it's right for private companies to censor politicians or the news," he said during a conference call with journalists.

Twitter's ban will be enforced from 22 November, with full details released by 15 November.

How does Dorsey justify the ban?

Mr Dorsey explained his position in a thread of tweets.

We’ve made the decision to stop all political advertising on Twitter globally. We believe political message reach should be earned, not bought. Why? A few reasons…?

"It's not credible," he wrote, "for us to say: 'We're working hard to stop people from gaming our systems to spread misleading info, buuut if someone pays us to target and force people to see their political ad…well...they can say whatever they want!'"

Countering the argument that the new policy might be seen as favouring leaders already in office, he pointed out that "many social movements reach massive scale without any political advertising".

Ads in support of voter registration would not be affected by the ban, he added.

How is news of the ban playing out?

Hillary Clinton, the former Democratic candidate who lost to Mr Trump in the 2016 presidential election, welcomed Twitter's ban and appeared to challenge Facebook to rethink its stance.

This is the right thing to do for democracy in America and all over the world.

Social media analyst Carl Miller said it was "one of the first times a tech giant has stepped back in concern for the enormous disruptions they're doing to the institutions that don't move as quickly as them".

My main concern with micro-targeted ads on SM during elections is that it means you can tell thousands of different stories to different groups without the other groups hearing what you're saying.

The potential for duplicity (or uber-multiplicity) is just enormous

What is Facebook's policy?
Earlier this month, Mark Zuckerberg went before an audience of students in Washington DC to defend the firm's decision not to ban political adverts that contain falsehoods.

He had considered barring all political ads on his platforms but said he believed the move would favour incumbent politicians and whoever the media chose to cover.

The company should "err on the side of greater expression", he argued.

Another spokesman for Mr Biden had criticised the firm for refusing to remove a video posted by Mr Trump's 2020 re-election campaign which promoted an unproven conspiracy theory involving the former vice-president and his son.

"It is unacceptable for any social media company to knowingly allow deliberately misleading material to corrupt its platform," TJ Ducklo said.

She said she had done so in protest against the firm's decision to allow politicians to run ads containing" known lies".

How much impact will this have on the US election?

US federal campaigns are expected to spend about $6bn (£4.6bn) on advertising but most of it will go on TV ads, with about 20% put into digital ads, advertising research firm Kantar estimates.

This is really interesting and worth noting, but a lot of political content is produced in the hope it gets shared for free, rather than being ever paid for https://t.co/jC2Kx0pmAf