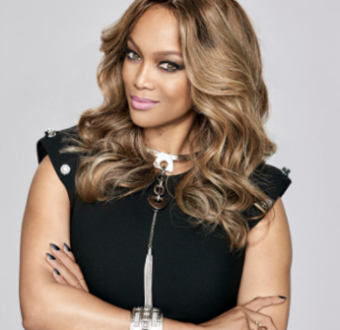 Model and TV personality, Tyra Banks has admittd to getting a nose job early in her career.

She made this reveation in her new memoir "Perfect is Boring". The book, written by the America's Next Top Model host and her mum Carolyn London, revealed a lot about Tyra's personal and professional life and it's set to be released on April 3.

In the memoir, Banks shares details about the early days of her career and the decision she made during that time to get a nose job.

She tells People: "I had bones in my nose that were growing and itching. I could breathe fine, but I added cosmetic surgery. I admit it! Fake hair, and I did my nose."

Banks adds, "I feel I have a responsibility to tell the truth."

She adds: "Natural beauty is unfair. I get really uncomfortable when women who are these natural beauties judge anybody who does anything to themselves."

The businesswoman also encourages women to stop judging and do whatever makes them feel best.

She said: "Fix it or flaunt it — I think women should be able to do both. There is a boundary line, either you're super natural or you live at the plastic surgeon. It's okay to hop back and forth over that line. You want a hair weave? Fine. You want permanent eyebrows? Fine. We as women need to stop judging."