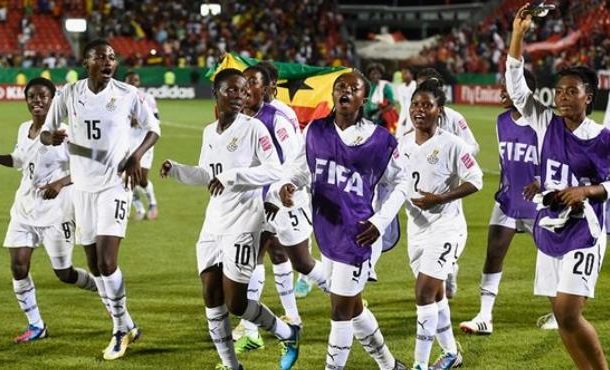 Black Maidens will open their U-17 Women’s World cup account against defending champions Japan on Saturday at 1pm at the Prince Mohammed Stadium.

The team will be hoping to start the competition on a good note with a win in what promises to be stern test for Coach Evan Adotey’s side.

The team has participated in all editions of the competition since its inception in 2008, with their biggest achievement being a third placed finish at the 2012 edition staged in Azerbaijan. Coach Didi Dramani masterminded the historic feat.

And Adotey who worked as Dramani’s assistant will be hoping to do better this time after missing out on semi-berth in the last edition. The team lost 4-3 on penalties to Italy in the quarter final stage.

‘’My target is to avoid defeat in the first match and try to win subsequent game… I don’t want to lose and also reach the second round of the competition’’ Adotey said. .

And has a result named a strong side to grind out a positive result against the Japanese who are riding on the back of no defeats in their last five games.

Canada-based goalkeeper Kayza Massey will start in post for the national junior female side with Blessing Shine Agbomadzi partnering Philicity Asuako in at heart of Ghana's defense.

Linda Amoako and Cecilia Hagan will start as right-back and left back respectively as Fuseina Mumuni and Grace Asantewaaa provide cover in central midfield.

Ghana's attack for today's game will be led by Gifty Acheampong with support from team captain Sandra Owusu Ansah while Adiza Kubrah Mustapha and Rafia Alhassan Kulchire all start on the flanks.