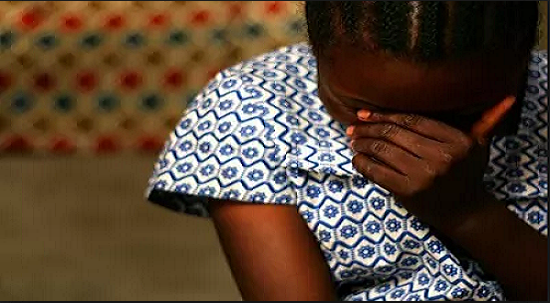 Some schoolchildren in the Builsa South District of the Upper East region have staged a rare street rally in protest against the abduction, rape and forced marriage of their colleague to a 34-year-old prince in a village called Dogninga.

It is the first time such a demonstration has taken place in a region said to have a disputed highest child marriage rate of 39.2% in Ghana.

The abductee, a 17-year-old final-year pupil of the Dogninga Junior High School, is among the 21,140 candidates registered in the region for this year’s Basic Education Certificate Examination (BECE) scheduled to begin on June 4.

Carrying placards that summed up a chronic heartache they seemed to have stomached for far too long, the juvenile demonstrators marched Thursday through the streets, chanting “We are tired of child marriage” and “Release Doreen” as they also sang an anthem in the local Buli language.

The mother of the abducted schoolgirl, a widow, took part in the protest, also carrying a placard: “Save Doreen’s Future. Save her BECE.”

A staff of Afrikids Ghana, a child rights organization, cried out to the press whilst the hot-sun demonstration was underway against the abductors.

“We are calling on the Gender Minister, Madam Otiko Djaba, to come to our rescue. Women are suffering. Our children are suffering. They are living in fear. Girls are even afraid to go to school because they feel that they can be abducted at any time,” wailed Valeria Abakisi, an Afrikids Ghana focal person in the community.

How victim was abducted and raped

The pupil was abducted Monday April 23, this year, whilst her mother was away at a funeral ground in a neighbouring community.

Some young men reportedly raided the hut, grabbed  her, tied a dirty handkerchief around her mouth (to prevent her from yelling for help) and carried her primitively on their shoulders, as she dangled her legs vigorously in the air in vain resistance, to a man who had ordered them to fetch her for him.

The same man is said to have abducted the girl in 2013 at the time she was in primary five, when she was 13 years of age, to marry her. That abduction did not work. Luckily her father was alive at the time, he reclaimed her from her abductors.

In a gory account the girl gave about her latest snatching, she said after her captors offloaded her in front of her self-imposed husband, four men pinned her down in a room, stripped her bare and the man, after drawing clumsily close to her forcibly had unprotected sex with her. He is two times her age, four times her size. He is called Awarika Anyayigbey, a son to the Chief of Dogninga, Nab Francis Atong Anyayigbey.

Whilst the schoolchildren continued to march and sing through the streets for Doreen’s liberation, a police squad from the Builsa North Police Command stormed the house where the girl was being held captive in a room.

The law enforcers were accompanied by staff of Afrikids, the Builsa South District Girl Child Education Officer, the Circuit Supervisor for Dogninga-Bachongsa, the Parish Priest of Christ the King Catholic Church in Sandema, Rev. Fr. Sebastian Aduko, and staff of Radio Builsa in Sandema.

Aware of looming arrests, the entire gang took flight before the police force could lay hands on them. The crime squad rescued the traumatized-looking girl from a locked room and afterward assisted her to file a report at a police station in Sandema.

She was issued a medical form for examination at the Sandema District Hospital but was referred to the Bolgatanga Regional Hospital because the former reportedly did not have the facility to run a test on a sexual assault case received more than 24 hours after it had happened.

Doctors at the regional hospital already have confirmed there was forced penetration on the victim. And laboratory technicians are still peering through their instruments to find out if her invader has left her with any infections.

Awarika Anyayigbey was arrested and put behind bars Thursday night hours after police had threatened to arrest the chief himself if he failed to produce his son within 24 hours.

According to the Circuit Supervisor for Dogninga-Bachongsa, Daniel Yaw Akanjelba, Dogninga is becoming notorious for rape, child marriage and forced marriage.

Another girl, aged 11 years, who reportedly was raped in the same community sometime ago is said to be battling with some health problems today after suffering from a continuous leakage of urine from the body as the rapist caused significant damage to her bladder.

A group of concerned natives of the Builsaland is set to present a petition Friday (today) to an equally angry Paramount Chief of the Builsa Traditional Area, Nab Azagsuk Azantilow II, to, among other requests, strip the Chief of Dogninga of his title for allegedly condoning other similar offences and this latest one in his own backyard.

Whilst the airwaves of the Sandema-based Radio Builsa are saturated with calls from highly inflamed listeners who want justice served hot to Awarika, police officers and criminal informants have been dispatched at the request of the no-nonsense Paramount Chief to look for the other members of the runaway gang.