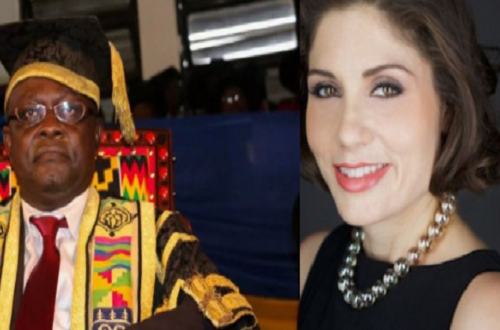 Chief Executive Officer of Africa Integras, Andrea Pizziconi has opened up about the ordeal she went through in the hands of the Vice-Chancellor of the University of Ghana, Prof. Ebenezer Oduro-Owusu.

In a social media post, Andrea Pizziconi alleged that in all her dealings with the university and in Ghana, it was Prof. Oduro Owusu who made her most uncomfortable.

She claimed that Prof. Oduro Owusu declined to work with her to save the Africa Integras project on the basis that she was “far too pretty to worry my little head about the project”.

On one occasion when they met, she alleges that the University of Ghana V-C ordered, “turn around, everyone, I want to give her a proper hug.” 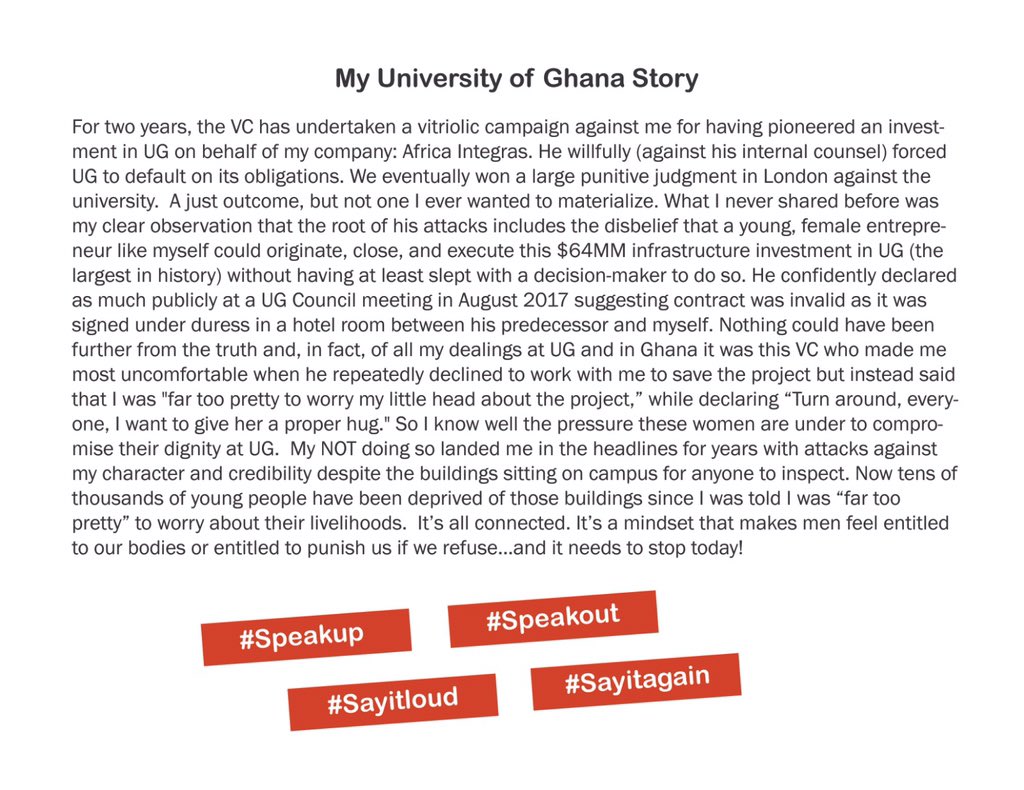 Andrea Pizziconi said that her refusal to compromise to the pressure of the Vice-Chancellor ‘landed her in the headlines for years with attacks against her character and credibility despite the building sitting on campus for anyone to inspect.’

In her post, she also alleged that Prof. Ebenezer Oduro Owusu ‘confidently declared as much publicly at a UG Council meeting in August 2017 suggesting that the Africa Integras project deal with the University was invalid as it was signed under duress in a hotel room between his predecessor and herself’

Her comments come after BBC Africa sparked conversation about the ordeal some female students go through in the hands of some lecturers.

In a BBC African Eye documentary titled ‘SexForGrades’, which exposed some lecturers in West African institutions it believes to be sexually harassing female students, two faculty members of the University of Ghana, were implicated.

About the Africa Integras and University of Ghana

Africa Integras entered into the agreement with the University of Ghana in 2014 which was signed by its former Vice-Chancellor, Prof. Ernest Aryeetey to invest US$64 million in the construction of new students’ housing on the Legon campus.

The project was structured under a 25-year Build, Operate and Transfer (BOT) arrangement.

Breaking my silence on #universityofghana amidst this scandal & the VC's attacks on me. Swipe to read. UG students: this affects us all. We'll advocate until there's change. #girlsfirstfinance launches this Fri the 11th. Sign up @ https://t.co/qIQXXvzSmR #africaintegras @BBCNews https://t.co/1pq6C2ZdDH pic.twitter.com/ZP9DgNxsmX
— Drea Pizziconi (@dreapizziconi) 7 October 2019