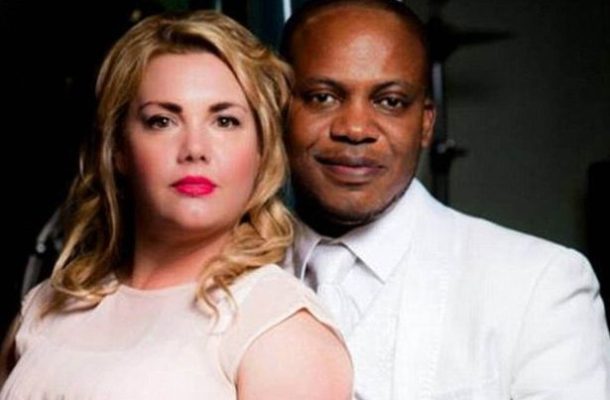 An inquest will be held today (Thursday) at Essex Coroner's Court in England for a British woman who died in Ghana as the British government doubts Ghanaian authorities report that her pastor husband was not involved in her death.

Ghanaian investigators concluded that Charmain Adusah, who was three months pregnant, was not killed by her husband Eric Adusah ruling last year that she died of heroin abuse.

However the authorities in the UK doubt the report by the Ghanaian investigators and have decided to launch an inquest in the town of Chelmsford today to ascertain the cause of death.

A murder investigation was launched when Charmain Adusah was found dead in the bath room of the Royal Plaza Hotel in Accra in March 2015.

Her husband Eric Adusah  28, a Christian preacher who had also been staying at the hotel was charged with her murder but the case collapsed at the high last year due to a "lack of evidence."

A post-mortem examination in Ghana concluded that Ms Speirs died of a heroin overdose but her family dispute this.

Her body was returned to the UK last year and the coroner's service in Essex, where she lived, has been investigating.

Ms Speirs has family in Scotland and spent several years in Swansea, where she worked for the NHS.

Her husband, Eric Isaiah Adusah, 28, the head pastor at the Tottenham, north London, branch of Global Light Revival Ministries, had attended a church programme in Koforidua.

The Daily Guide reported the couple had a disagreement about how long they should stay in Ghana - Charmaine wanted to spend a month there, while her husband argued that was far too long.

The couple checked into the Royal Mac Dic Hotel on Monday March 16 for five days, according to police.

The next day, Adusah claimed he had other engagements back in the UK and left the hotel at the dawn.

He reportedly told the front desk that his wife, originally from Arbroath in Scotland, did not want to be disturbed and staff should only respond to her if she requested something.

After three days hotel staff became worried and used a spare key to get in the room.

There they found the three months pregnant woman, allegedly in the bathtub, who was described as "lying prostrate with a white towel wrapped around her, almost in a decomposed state," according to the paper.