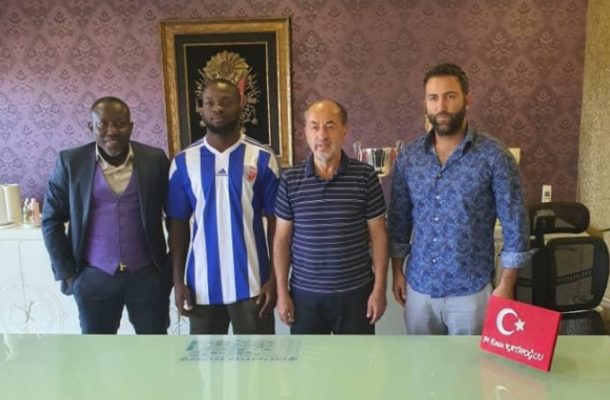 The forward has signed a one year loan deal with his new side with an option to extend the deal.

Basit has been in talks with the club the last few weeks after passing a medical examination and has now put pen to paper.

The former New Edubiase United striker underwent trials at Menemen Spot Kulubu but it was unsuccessful before sealing this latest deal.

He will hope to impress his new employers with his performance so he can earn a permanent move.

The former Ghana U-20 striker before sealing this deal was in line for a move to Ghana Premier League side Karela United for the upcoming season.

Umar Basit who has in the past played for the Black Satellites is yet to be capped by the senior men's national team the Black Stars.