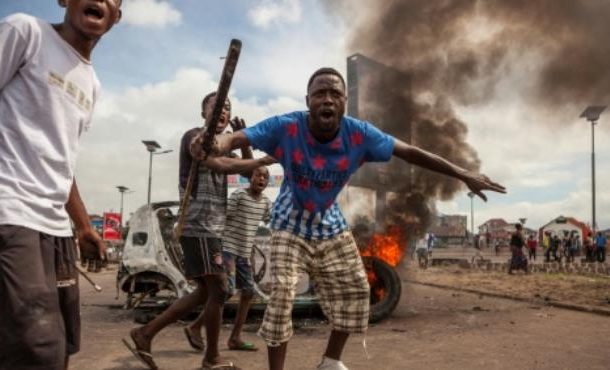 United Nations (United States) (AFP) - The United Nations, African Union, European Union and a fourth international organization made a joint appeal on Saturday to the government and opposition in the Democratic Republic of Congo to exercise restraint amid violent political unrest.

The three main international bodies were joined by the 57 International Organization of La Francophonie, which held a high-profile summit in Kinshasa in 2012.

The four organizations said they were "gravely concerned by the recent violent events in Kinshasa and elsewhere in the Democratic Republic of the Congo, where protesters and security forces clashed, resulting in loss of life."

They called on "all political actors in the DRC, including the presidential majority and the political opposition, to exercise maximum restraint in their actions and statements and to urge their supporters to refrain from violence."

The four bodies stressed the need to respect human rights and warned that those who fail to uphold them "will have to face the consequences."

They called for talks on holding "credible elections at the earliest possible date."

The Democratic Republic of Congo has seen violent clashes this week between security forces and demonstrators demanding the resignation of President Joseph Kabila.

Congolese authorities said 32 people died in the violence but the opposition said the death toll is three times higher.

Kabila, who has ruled the DRC since 2001, has yet to call elections that were expected to be held this year.

The leader is constitutionally barred from running again, but the crackdown on opposition protesters was widely seen as a sign that he intends to cling to power.