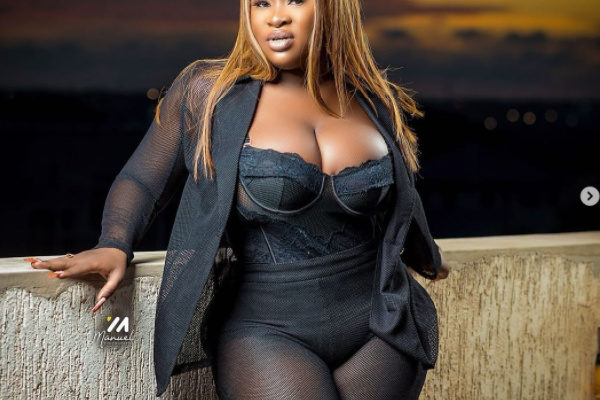 Ghanaian rapper, Ayesem has once again expressed his disappointment in songstress Sista Afia for failing to credit him and to show gratitude to him for writing her hit songs.

In an exclusive interview on Showbiz Now, the fast-rising rapper made it public that he has been the ghostwriter for five of Sista Afia’s hit songs, yet, the songstress has failed to give him even a phone call to show appreciation for his contribution to her career.

“I have been writing songs for Sista Afia now, about five hit songs for her. I wrote her song, ‘Slay Queen’, ‘Corner Corner’ with Kelvyn Boy, ‘Paper’ with the Nigerian artiste, and ‘Asuoden’ with Kuami Eugene. I wrote all that, but not even a single call from her to say thank you for what you are doing,” Ayesem explained.

According to Ayesem, contrary to the popular belief that rapper Medikal is the brain behind Sista Afia’s lyrical beef songs, he was the one who wrote those beef songs.

He said, “Apart from the hit songs I wrote for her when it comes to her beef songs also, I wrote them. I wrote the songs she used in her beef with Eno Barony, I mean the songs people accused Medikal of.”

The rapper revealed that he admired Sista Afia for her magical voice and singing prowess, however, he was hopeful the singer would give him some credit for his works.

“One thing is, I really like Sista Afia so much. I took her as a sister, she has an amazing voice and all that and she sings very well. I decided not to talk about this thing but sometimes we must acknowledge those who helped us in our journey to success,” he said.