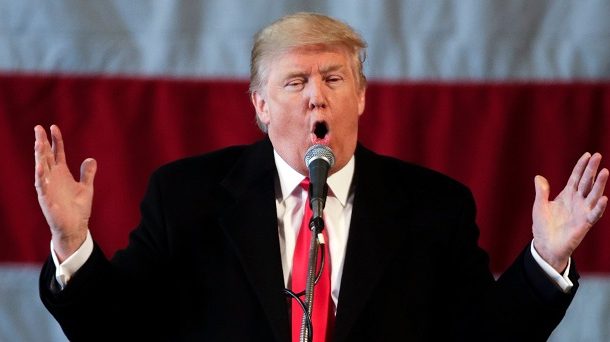 A US newspaper says it has obtained documents showing tycoon Donald Trump declared a loss of more than $900m on his 1995 federal income tax return.

The New York Times says the loss was so large it may have enabled the Republican candidate to avoid paying tax for up to 18 years legally.

His campaign has refused to publish his tax returns and neither confirmed nor denied the scale of his losses.

Democratic candidate Hillary Clinton has made much of his tax record.

During an acrimonious first presidential debate on Monday, she forced him on to the defensive for not releasing his tax returns, suggesting that he was hiding "something terrible".

When Mrs Clinton accused him of not paying federal income tax, Mr Trump replied: "That makes me smart."

In its story, the New York Times says the three pages of documents were sent last month to one of its reporters who had written about Mr Trump's finances.

A former accountant for the property tycoon, Jack Mitnick, whose name appears as Mr Trump's tax preparer of the filings, said the documents appeared to be authentic copies of portions of the 1995 returns, according to the newspaper.

On Saturday, the Trump campaign accused the New York Times of being "an extension of the Clinton campaign".

Mr Trump, the campaign added, was a "highly skilled businessman who has a fiduciary responsibility to his business, his family and his employees to pay no more tax than legally required.

Since 1976, every major US party presidential nominee has released tax returns.