US Embassy refutes claim of setting up Military base in Ghana 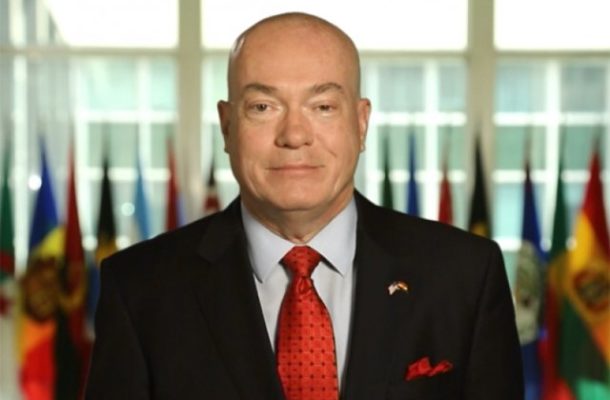 The US Embassy in Ghana has denied the claim that its government has entered an agreement to establish a military base in Ghana.

In a statement Tuesday, the Embassy said there is an agreement known as Status of Forces Agreement (SOFA) between both countries dating back to 1998.

But the 20-year-old deal does not cover the "current range and volume of bilateral exercise and assistance," it said.

Joy News has intercepted a document which revealed Cabinet has approved an agreement to allow the US military an unrestricted access to a host of Ghanaian facilities and wide-ranging tax exemptions.

The deal will permit the U.S. military to use Ghana as a base for staging and deploying forces.

But Defence Minister, Dominic Nitiwul, has denied reports that the agreement covers the establishment of a military base.

“The United States of America is not establishing a military base in Ghana, at all…it is not true and they do not intend to do that, not at all.”

He said the US military has only asked to make use of some facilities at the Kotoka International Airport (KIA) and the Tema Port to keep their cargo and other materials they may use during their stay in the country.

He was clear, a portion of the agreement reported in the media is a blatant misrepresentation and was engineered to cause panic among the citizenry.

Reacting to the report, the US Embassy in Ghana said there is only a planned security exercise between militaries of the two countries that will require some access to certain facilities.

But there is no such plan to establish a permanent military base or bases in Ghana, the Embassy said.

“This year, the US is investing over $20 million in training and equipment for the Ghanaian armed forces. Ghana is also once again preparing to train US forces – as it did in 2017,” it said.