US ‘Military base’ deal: Minority walks out of Parliament 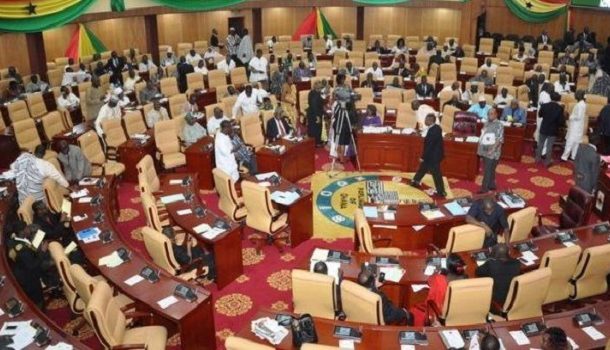 The Minority in Parliament on Friday staged a walkout from Parliament in protest against a ratification of controversial US defence cooperation agreement.

They said the agreement will mortgage the country’s sovereignty as it will give the US military unfettered access to some facilities in Ghana.

Speaker of Parliament Mike Oquaye had also walked out of the house during  sitting, at a time when  heated exchanges fro.m both sides looked unstoppable.

Ghana is expected to receive an amount of $20 million on account of the agreement.

Ruling Party, which also forms the majority in Parliament  defended it and said the agreement is in the best interest of Ghana.

But minority said they washed their hands off the agreement and walked out from the chamber.

The want to see the withdrawal of  the agreement in its current form, saying it is not in the best interest of Ghana

The Minister of Defense, Dominic Nitiwul, on Tuesday laid before Parliament the document seeking to ratify an agreement for space around the Kotoka International Airport, which will serve as a camp for some US military forces in Ghana.

If approved, the agreement will among other things, exempt the US government from paying taxes on equipment that is brought to Ghana.

They will also be given the chance to set their own telecommunication system, although they will be allowed to use Ghana’s radio spectrum free of charge.