VGMA 2022: Why Shatta Wale was not nominated 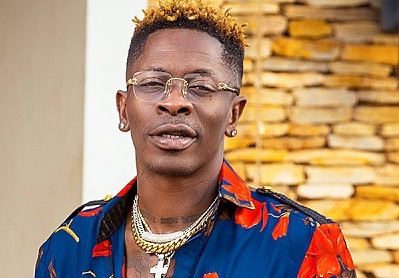 Robert Klah, the Public Relations Officer of Charterhouse, organisers of the Vodafone Ghana Music Awards, has said Shatta Wale did not show interest in the 23rd edition of the scheme although the ban placed on the Dancehall musician and his colleague Stonebwoy had been lifted, hence, the decision of the board to not nominate him.

In an interview on Hitz FM’s Daybreak Hitz, Robert Klah said unlike Shatta Wale, Stonebwoy filed for nominations and was subsequently nominated based on the work he did during the year under review.

“The scheme is in such a way that you need to be able to show interest, to be a part of the scheme, once you show interest, we will work with you. The interest can be in the form that you are filing or giving consent. So, Stonebwoy showed interest and we worked with him,” Klah said.

The VGMA board banned Shatta Wale and Stonebwoy indefinitely following a scuffle that ensued between the two musicians. The altercation consequently disrupted the 20th edition of the awards ceremony held at Grand Arena of the Accra International Conference Centre.

Prior to the announcement of the ban, Shatta Wale in a Facebook post vowed never to be part of the VGMAs. "Upon sober reflections of events in recent times and having made broader consultations, I wish to announce that I will not be part of the Ghana Music Awards scheme going forward. God bless".

Ahead of the 22nd edition, the board on Thursday, January 28, 2021, lifted the ban. “The Board agreed to admit them back to the scheme, hoping that such altercations that bring the scheme into disrepute, do not occur in future events,” a press release issued by the board said.

“This makes them eligible to participate in this and subsequent editions of VGMA, if they so desire.”

However, Shatta Wale and his management did not rescind the decision to boycott the event. His manager, Bulldog, in an interview on Starr FM said: “Shatta Wale will not attend the VGMA until VGMA come to apologize to him. They have consistently disrespected Shatta. If he decides to join the scheme again, I will concentrate on farming that will mean my journey with him will come to an end.

“He has been always overlooking the disrespect to support the culture but it won’t happen again until they apologize. They kept us in jail for a day for doing nothing, it’s sad and disrespectful.”

Stonebwoy has earned nominations at the 23rd VGMAs, including the Reggae/Dancehall Artiste of the Year award. He is in the category with Epixode, Samini and Larusso.

His ‘1Gad’ and ‘Greedy Men’ have been nominated in the Reggae/Dancehall Song of the Year category alongside KiDi’s ‘Touch It’, Samini’s ‘Picture’, Larusso’s ‘New Gen’ and Epixode’s Odeshie.