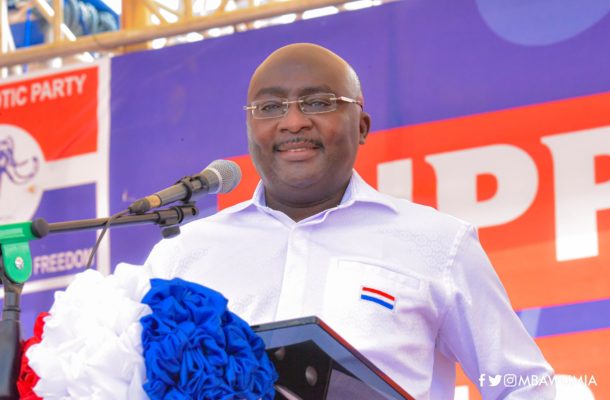 Vice President Dr. Mahamudu Bawumia has been vindicated yet again, after he came under attacks from a section of opposition NDC elements for saying he used to be a member of the Boys Brigade of the Methodist Church.

Speaking at the 125th Anniversary celebration of the EP Church last week, the Vice President, stressing on the need for religious diversity, used himself as an example of a Muslim boy who was a member of the Methodist Boys Brigade

A video has emerged on social media of two primary school mates of Vice President Dr. Mahamudu Bawumia, confirming his membership of the Methodist Boys Brigade during his childhood at Sakasaka Primary School in Tamale.

Dr. Bawumia, making a case for religious tolerance and diversity in the country last week when speaking as a guest of the EP Church for its 125h Anniversary, made a startling revelation that as a young Muslim in primary school, he joined the Methodist Church's social club, the Boys Brigade.

His revelation was met with scepticism by a section of the club, which claimed the Vice President was only making a politically convenient statement.

However, two of his primary school mates at Sakasaka Primary School, and fellow members of the Boys Brigade then, Kwesi Ankamah and Raja Ishwar, have posted videos, which have gone viral, confirming that Dr. Bawumia indeed was a member of the Boys Brigade in Tamale.

A section of the public, mainly members of the NDC, labelled Dr. Bawumia a liar for claiming to have been a member of the Methodist Church's social club for boys during his childhood.

Dr. Bawumia has, however, been vindicated following a viral video by two of his primary school classmates, who have corroborated the Vice President's assertion.

In the viral video, the two old mates of the Vice President recall how they all belonged to the Methodist Boys Brigade during their time at Sakasaka Primary School in Tamale.

Interestingly, one of the Vice President's old mates detailed how Dr. Bawumia's late mother had no objection to Bawumia’s request to join his friends at the Boys Brigade.

The viral video has not only confirmed Dr. Bawumia's narration, it has also left eggs on the faces of those who labelled him a liar.